The UK government wants to be a bit more proactive in discussing its strategy to counter the spread of the Islamic State, and is using the @UKAgainstISIL Twitter account to help share that message. 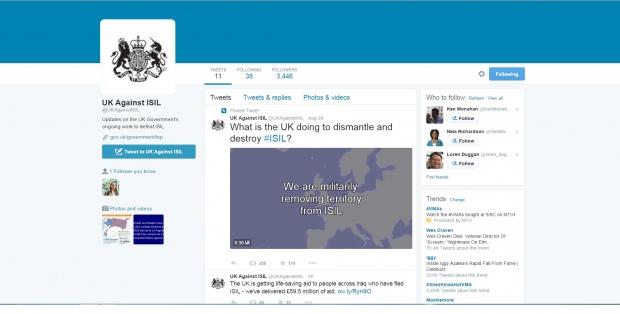 The Foreign Office officially launched the account last Thursday, and will share "updates on the UK government's ongoing work to defeat Isil." The group is sharing updates regarding airstrikes, condemn the Islamic State's activities, and share information on how to defend against the group.

"The government is very well aware of the fact that it doesn't have the ability to say things that will resonate with extremist Islamists," said Charlie Winter, senior researcher at the Quilliam Foundation, in a statement published by The Guardian.

Trying to fight the Islamic State on social media is difficult, and while this UK effort won't stop the terror group's tactics, could help build faith in the current coalition operating in Iraq and Syria.