Despite the concerns outlined in my review of this year's 'Fast and the Furious 7' - now the world's fifth highest grossing film of all time, the public appetite for the franchise clearly isn't going anywhere, which is why Universal are so keen to exploit the franchise in as many avenues as possible, including a new thrill ride at the studio's Orlando theme park. 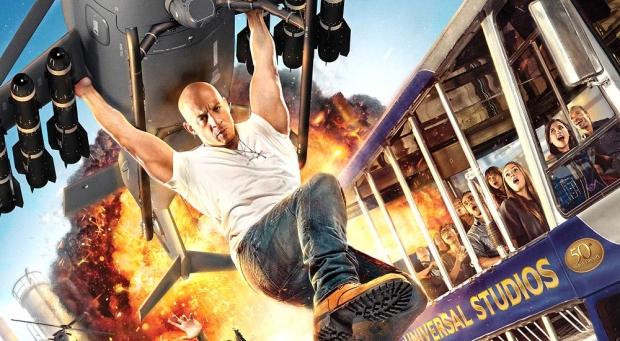 According to the studio's official blog, the ride is going to "fuse everything you love about the films with an original storyline and incredible ride technology. You'll get to check out some of the high-speed, supercharged cars you've seen on the big screen. You'll be immersed in the underground racing world made famous in the films and explore the headquarters of Toretto and his team. Then, you'll board specially-designed vehicles for an adrenaline-pumping ride with your favorite stars from the films.". But fans of the 'Disaster: A Major Motion Picture Starring You!' and 'Beetlejuice Graveyard Revue' attractions will have to take one for the Fast Family, as both will permanently close to make way for the new ride due to open in 2017.