Toshiba is one of the largest presences here at FMS 2015. Today, we got a chance to check out their newest gear. 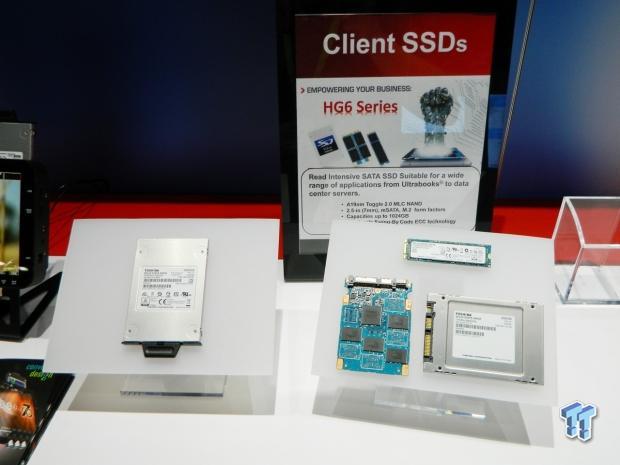 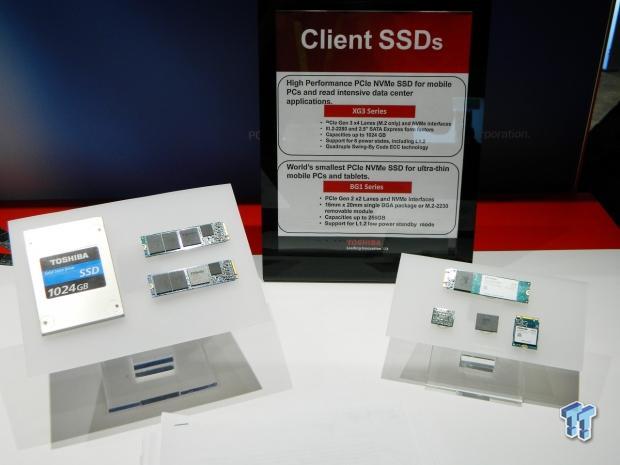 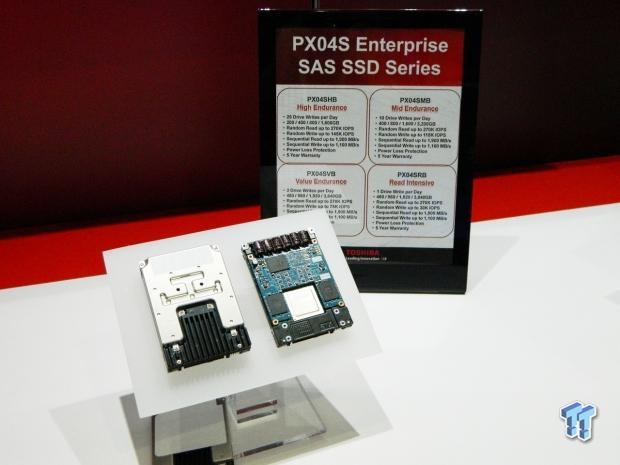 Moving to the Enterprise side, Toshiba is launching their best-in-class performance PX04S Enterprise SAS SSD Series. This dual port SAS SSD is available in 4 flavors, 25 DWPD (Drive Write Per Day) High-Endurance, 10 DWPD Mid-Endurance, 3 DWPD Value Endurance and 1 DWPD Read Intensive. The difference in endurance and performance between the models is achieved by overprovisioning. 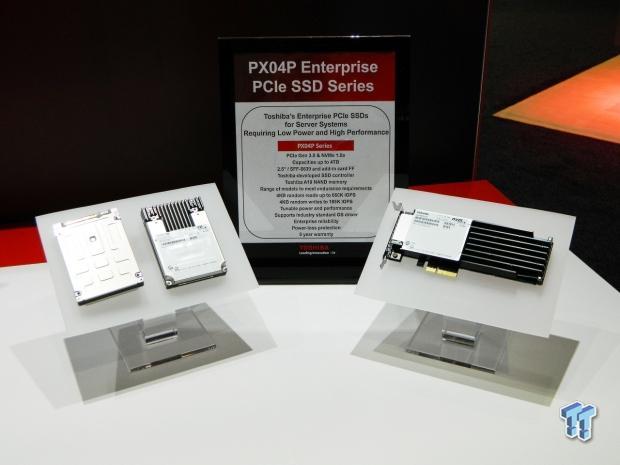 The PX04P Enterprise PCIe SSD Series is the highest performing model of Toshiba's Enterprise class SSDs. The drive is available in two form factors, 2.5" and HHHL AIC. Both form factors deliver sustained 4K random R/W performance of up to 660/185K IOPS. These drives are unique in that they can be easily tuned for both power consumption and performance by the customer. The PX04P Series utilizes industry standard OS driver, and carries a 5-year warranty.

Toshiba's newest products reinforce their position as an industry leader.