On the publicity hustings for the latest entry in the 'Mission Impossible' franchise 'Rogue Nation', star Tom Cruise has been quizzed on whether we'll see Maverick in the skies again and unsurprisingly he's keen to sign up - but on one condition. 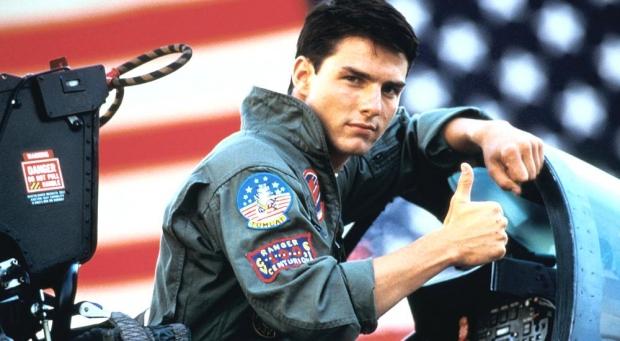 Speaking to ExtraTV, Cruise threw down the gauntlet to filmmakers to do it all real, or he's out. "I'd like to fly those jets again, but we got to do all the jets practical, no CGI on the jets... I'm saying right now no CGI on the jets" but then confirmed that if they could somehow do it for real, he'd be in "If we can figure all that out, and the Department of Defense will allow us to do it, that would be fun".

The original Top Gun in 1986 was a huge boon for the United States Navy, with the number of male recruits spiking by 500% in it's wake.