With this generation of consoles and their 'increased horsepower' over the previous generation consoles, we're not seeing that many AAA titles run at 1080p 60FPS. This will hopefully not be the case when it comes to Doom, with id Software saying that it's aiming for 1080p 60FPS. 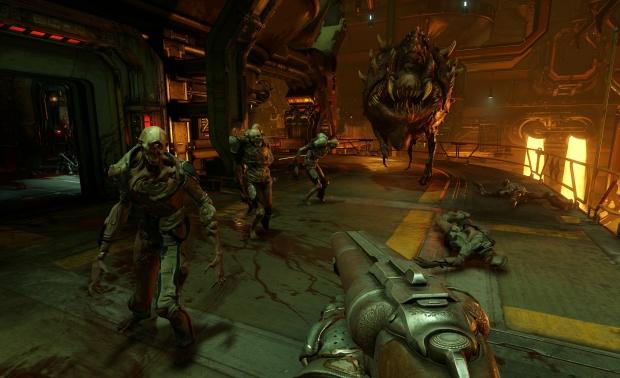 During a talk with GameSpot, Marty Stratton, the Executive Producer of Doom said: "When you're developing, you make thousands of decisions that have an impact on performance or visual fidelity. We've always been at the forefront of saying we want our games to run as fast as possible at the highest resolution possible. So for us, that goal is 1080p and 60 FPS. Along with that goal, the mantra of our technology team is that we want to be the best-looking game out there at 60 FPS and 1080p. So you draw that line in the sand".

Stratton said that for the best Doom experience, 1080p 60FPS is where it's at, he elaborated: "For us it isn't just a lofty technical goal. We really do think it's important to the feel of the game, it's important to the way our combat feels and our movement feels. It's got to be fast, it's got to be fluid, and it's all based on that. It really is a gameplay goal first and foremost. You do make decisions here or there. Ultimately I don't think you can ever expect most consumers to really nitpick".

But reaching 60FPS isn't the only goal, it's maintaining that while all of the hectic action of Doom is happening around the player. Stratton added: "If you do your best to give them a very consistent experience and a very high-quality experience, which for us is a fast, fluid 60 FPS, I think that's the most important thing. It's when you cut corners and you end up with a game that doesn't feel that good, and it's slow, and it's just a hodgepodge of a lack of focus throughout, that's when things start going awry. I think we'll hit all of our goals".