Sure, the AMD Radeon R9 Fury X gets all of the attention, but I think one of the best video cards to be released this year is going to be the Fiji-based Radeon R9 Nano. I think we're going to see an entire new class of Mini-ITX-based PCs that will pack a serious performance punch, made possible by the R9 Nano. 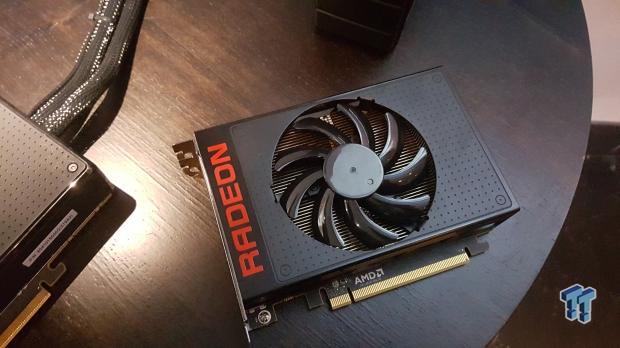 The Radeon R9 Nano is a tiny little card, as long as the x16 PCIe port it goes into, and consumes just 175W of power from its single 8-pin PCIe power connector. 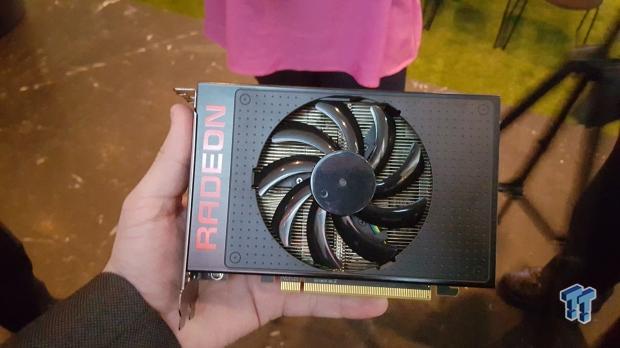 As you can see, it fits in my hand without a problem - which can't be said for any flagship video card on the market right now. Just imagine a super-powered Steam Machine or 4K-capable PC that can sit next to your PC, virtually silent, thanks to the HBM-powered R9 Nano. 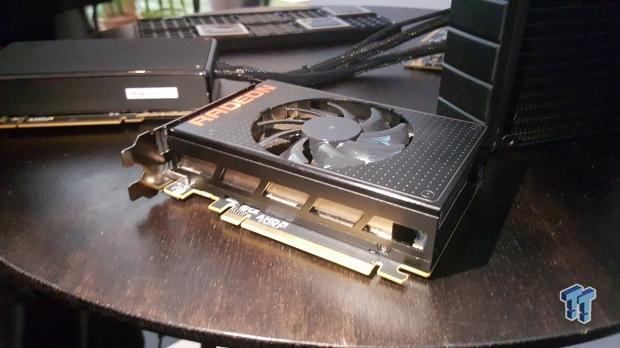 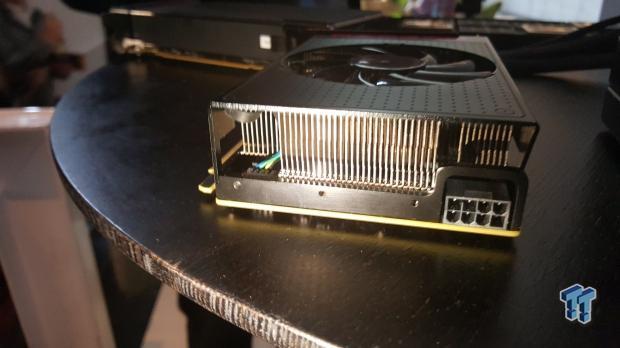 And again from some different angles, and a tease of the single 8-pin PCIe power connector for just 175W of power consumption.