E3 2015 - Electronic Arts is preparing to launch Star Wars: Battlefront later this year, and hopes it will become an instant best seller. Based on the Frostbite game engine, EA wants to blend a great gaming experience using the same engine that DICE uses for Battlefield. EA COO Peter Moore said the game has been in development for about two-and-a-half years, and the following trailer was made from PlayStation 4 gameplay:

Even though this is technically Battlefront 3, EA chose not to use the name since it's promoting the game as a franchise reboot. Gamers will be able to play as Boba Fett, Darth Vader, main characters of the Galactic Empire, or the Rebellion.

If all goes according to plan, EA wants to sell at least 10 million copies of Star Wars: Battlefront. 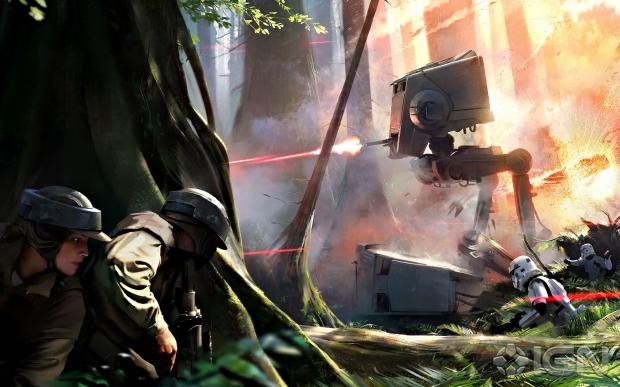