Computex 2015 - On display in the suite this year by GIGABYTE is what can only be described as a plethora of Intel motherboards, including Z170 Chipset, H170 Chipset and B150 Chipset models on offer. 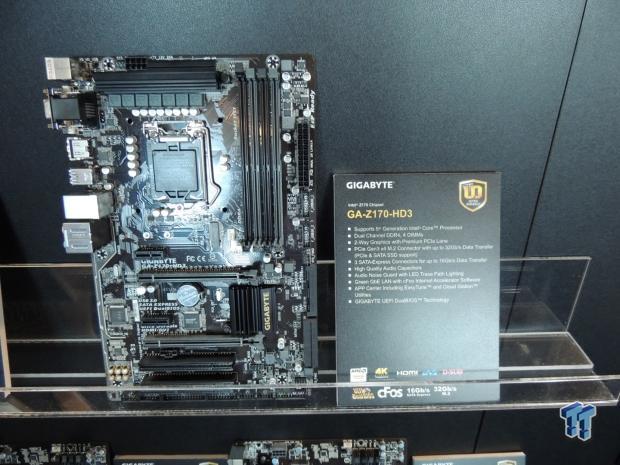 Lastly is the B150 chipset, the GA-B150M-D3h. Giving the same RAM, SATA M.2 and PCIe options as the others, there's only one SATA Express on offer and no specialty audio options.

GIGABYTE has gone for a more simplicity motherboard setup with these products, staying away from many of the fancy heat sink options as seen with ASUS. 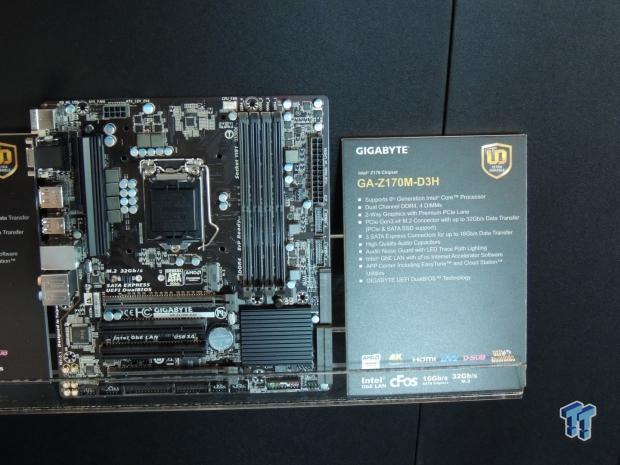 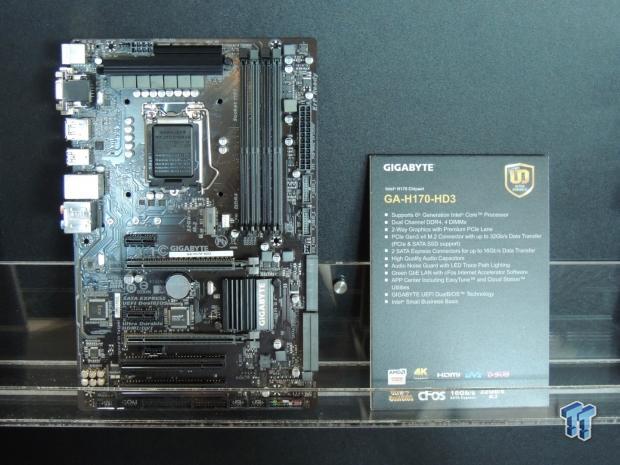 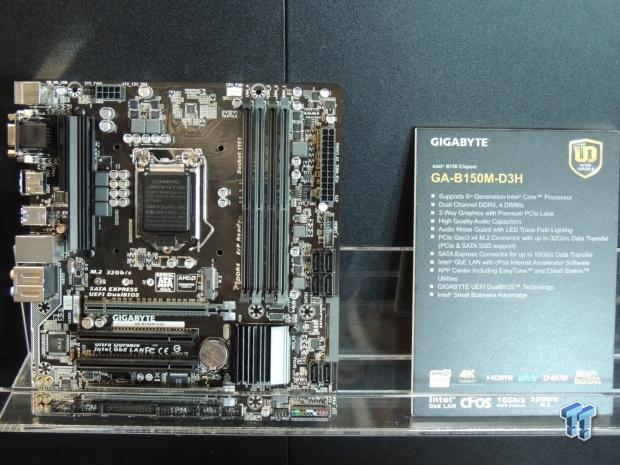 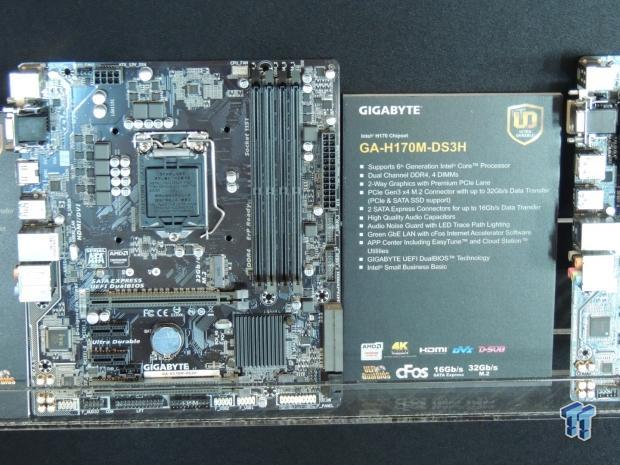 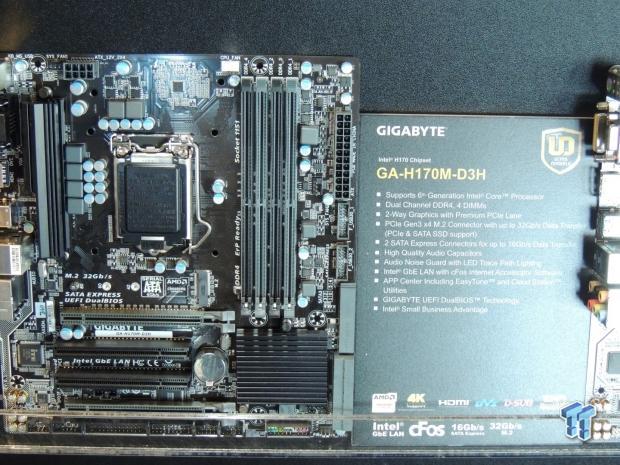 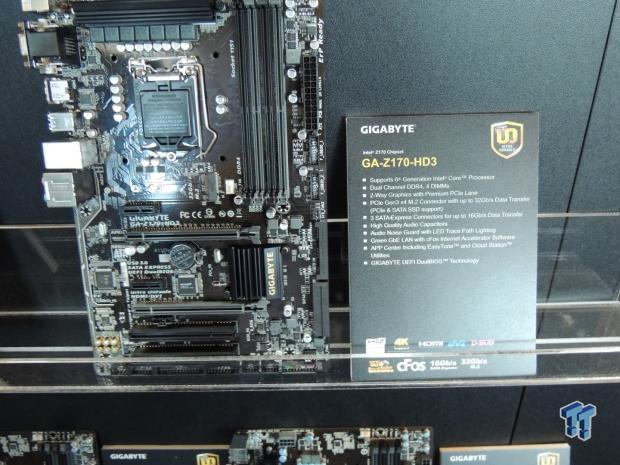