American Airlines was forced to delay "more than a couple dozen" flights following problems with an app installed on Apple iPad tablets used by pilots. Some pilots had to return their aircraft to the gate, while others said they fixed the third-party app problem during passenger boarding. 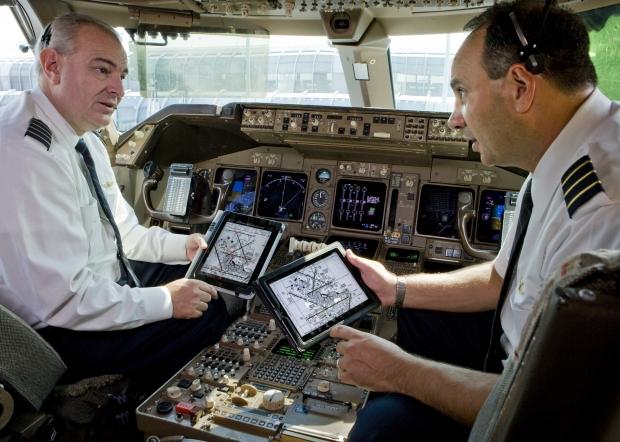 "Some flights are experiencing an issue with a software application on pilot iPads," according to a statement released by American Airlines. "In some cases, the flight has had to return to the gate to access a Wi-Fi connection to fix the issue."

The airline became the first company to convert pilots fully to electronics for navigation and flight plans, so any data changes can be made quickly and efficiently. American Airlines claims it saves over 400,000 gallons of fuel each year, and millions of pages of paper documents were replaced with just 8,000 iPads.