The main Twitter page for Newsweek was hacked by CyberCaliphate, a mysterious pro-ISIS group, with a new profile picture, main image and number of tweets posted. A series of tweets also took aim at the first lady Michelle Obama and her family, threatening them - and the FBI is now investigating the matter. 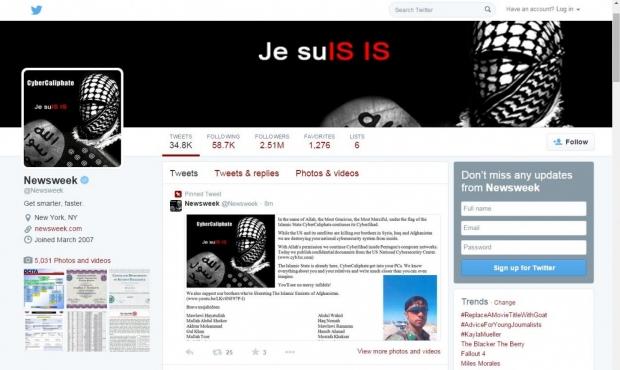 "We apologize to our readers for anything offensive that might have been sent from our account during that period, and are working to strengthen our newsroom security measures going forward," said Kira Bindrim, Managing Editor of Newsweek, in response to the data breach.

Newsweek was able to regain control of its Twitter account in 20 minutes, but the hijacked Twitter messages were tweeted and shared among the news organization's 2.51 million followers.

The CyberCaliphate has compromised other high-profile Twitter feeds, including mainstream news organizations and a U.S. military account.