Microsoft's head of the Windows Insider program recently extolled the virtues of 32-bit Windows on Twitter and announced that Microsoft will be providing 32-bit versions of Windows 10. This is surprising considering that 92.8% of new Windows computers utilize 64-bit operating systems. 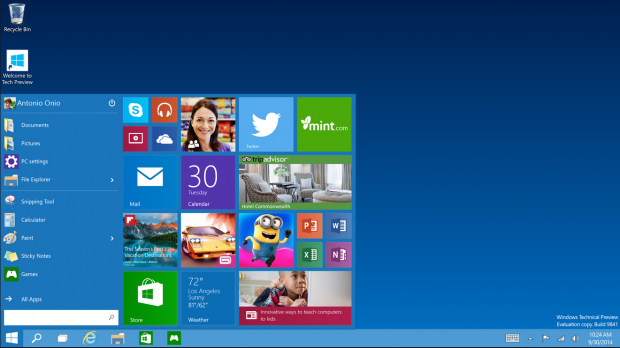 32-bit operating systems pigeonhole users to 4GB of user addressable memory, not just RAM. Many GPU's feature much more than 1GB of RAM, and this drains the user addressable memory pool, so subtract a portion of video memory (it's not a direct 1:1 ratio) from the total RAM you can actually use. Add in PCI and ACPI and the pool starts to get pretty shallow, so why oh why is Microsoft still moving forward with 32-bit?

Of course Microsoft has to consider all of the existing computers that run 32-bit versions of the operating system, which are estimated to be roughly 71 million. This is based off of computers that are currently receiving patches, but it could expand into the hundreds of millions. Considering that Windows is deployed into over a billion computers this still seems like a small fraction of the user base, and with the vast majority of systems being 64-bit compatible it is interesting that Microsoft will still develop 32-bit versions.

The existing 32-bit user ecosystem still seems to be a paltry excuse for Microsoft to continue wielding the arcane 32-bit cludge, and this is likely more of an attempt for Microsoft to defray any negative press around the release of Windows 10. I can't count the number of people I have encountered with 8GB of RAM and a 32-bit operating system, the average user simply doesn't know they aren't actually utilizing the extra memory. Worse yet, someone running a 3GB GPU with a 32-bit OS. Oh, the pain.

Expect this troubling trend to continue with Windows 10.