CES 2015 - I'm not sure how much we can talk about the Vector 180 SSD since we're under NDA until *cough* mid January or thereabouts.

From what we can tell the Vector 180 looks ready for prime time action. Armed with the Barefoot 3 M00, the same used in the original Vector and Vector 150. The new 180 model differs from the previous models in two ways. The first is the NAND flash. Now armed with Toshiba A19 MLC NAND. The A19 is Toshiba's second generation 19nm flash that has a smaller die size (19mm x 19.5mm vs. first generation 19mm x 26mm). The smaller die size means Toshiba can produce more die per wafer, a move that reduces cost. 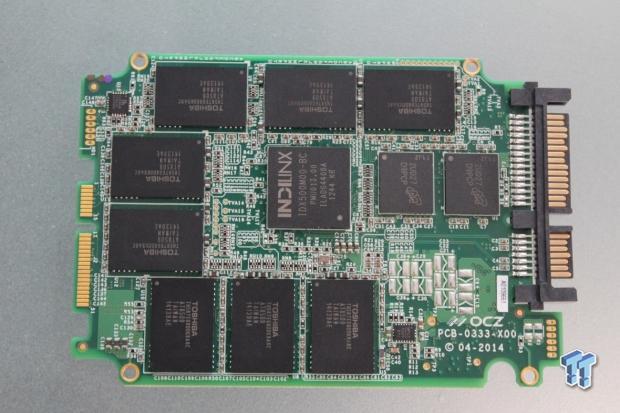 On the surface the Vector 180 looks like previous Vector models... 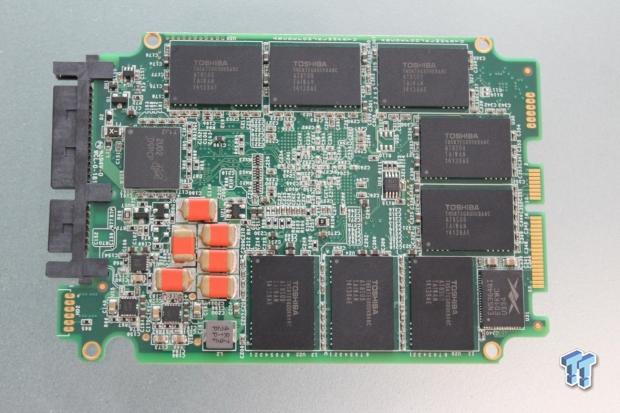 Performance should tip the SATA 6Gb/s scales at 550 MB/s sequential read, 530 MB/s sequential write speeds with random 4K reads topping 100K IOPS. The random 4K write IOPS are at a claimed 95,000 IOPS or as fast or faster than any other SATA-based consumer SSD on the market today.