CES 2015 - We had a chance to take a sneak peak at Intel's widely anticipated computing stick here at CES 2015. The tiny dongle-like computer will feature a quad-core Atom-based CPU, and come in two versions; one supporting Windows and the other supporting Linux. The Windows-based stick will feature 2GB of RAM and 32GB of storage while the Linux version will have only 1GB of RAM and 8GB of storage. Storage can be expanded through the microSD slot. 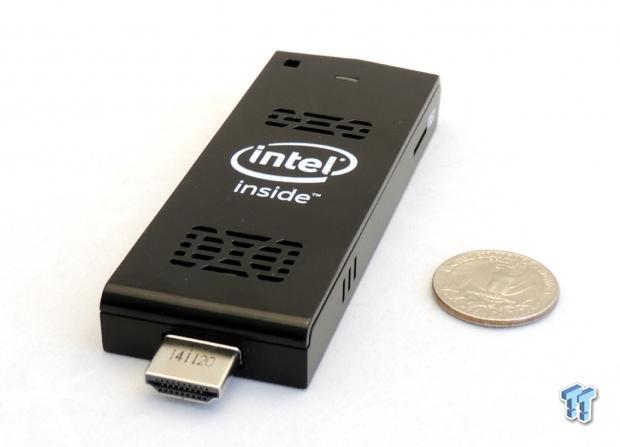 The stick features HDMI as its video output and features both micro USB and full-size USB connectors, however one will have to be used for powering the device as it will not be powered through HDMI like some other dongles. Intel said as more and more TVs start supporting the new power-over-HDMI standard, future versions of the NUC will feature this technology. While the stick is very small, it is a full-blown PC with its own mini fan. The stick will cost $149 and $89 for the Windows and Linux versions respectively. 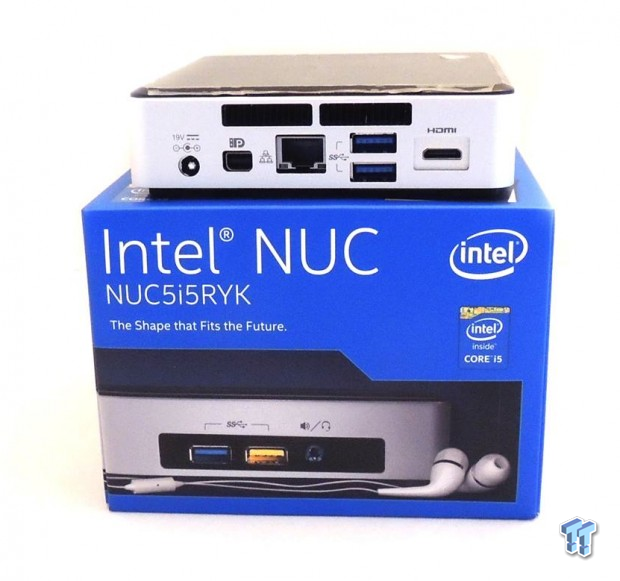 Intel is also launching a new series of Broadwell-U based NUCs. These NUCs will feature M.2 for storage as well as a special USB connector able to provide 1.8A of current for fast charging. They will also have replaceable lids, which can be used for customization. You could have a lid featuring a picture of your significant other and give the NUC as a gift. The replaceable lid also hints at the possibility of customized versions featuring add-ons like a TV tuner, which I saw in its infant stages.