CES 2015 - GUESS Watches announced the launch of the GUESS Connect, a smartwatch that supports hands-free and eyes-free notifications directly from a mobile device to the device. 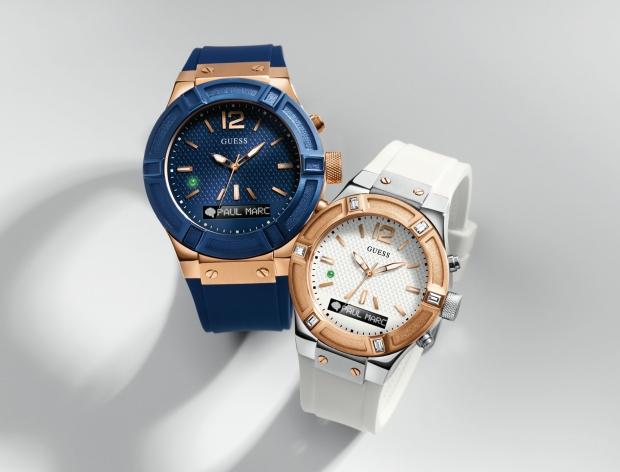 Based on Martian technology, the smartwatch has a microphone and audio speaker, and supports a voice command app so wearers can issue voice commands, talk, listen, and respond to text messages from the watch. Google Android and Apple iOS mobile users will be able to modify which alerts are sent to the smartwatch, with vibration patterns alerting them to received messages, emails, text messages, and other data.

"The GUESS Connect Smartwatch, powered by Martian, represents one of the first true marriages of a fashion watch powerhouse and a wireless technology innovator," said Cindy Livingston, president and CEO of Sequel/GUESS Watches, in a press statement. "We are thrilled to move in this direction with a proven technology innovator to create smart, GUESS designs."