You've seen it time and time again in reality TV shows and certain movies - the main character is hooked up to a lie detector in a stressful environment and asked specific questions to determine if they're telling the truth. However in the real-world, whether they're telling the truth or not, an experienced examiner only has a 60 percent chance to successful deduce a lie. 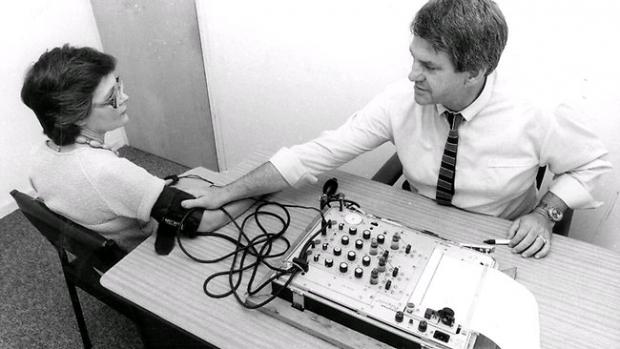 Current technology is said to be only slightly better that using nothing at all, with reports claiming that the average person can tell if someone is telling the truth or not 55 percent of the time anyway. To help raise the odds for technology, scientists from the University of Cambridge and Lancaster University in the U.K., and the universities of Utrecht and Enschede in the Netherlands have used a full-body suit.

This suit records the position, velocity and orientation of the wearer through 23 different places on their body. As traditional polygraph lie detectors are only connected to minimal spots on your person, the placement of 23 total nodes is said to help improve accuracy by fetching more data.

These scientists conducted a study on 90 people who were placed into these MVN motion capture suits, made by Xsens. This Dutch company specializes in motion capture suits for animation purposes and sells this type of product for $12,000 each. If you're wondering about their credibility, it's been reported that X-Men: Days of Future Past and Tomb Raider have both used this companies services in the past.

The study concluded that this new method of lie detection was able to detect a lie approximately 75 percent of the time, giving a 15 percent increase on traditional polygraph methods. In relation to these recent findings, the professor of Security Engineering at Cambridge University, Ross Anderson, stated "put simply, guilty people fidget more; and this turns out to be fairly independent of cultural background, cognitive load and anxiety -- the factors that confound most other deception detection technologies."

The researchers believe that the detection number could reach as high as 80 percent if they had the ability to analyze limb data and use different effective questioning techniques. They're planning to redevelop low-cost hardware and test it in a variety of environments throughout 2015.