Markus "Notch" Persson is spending some of those billions that Microsoft paid for Mojang, buying a $70 million mansion, which just so happened to be the most expensive house in Beverly Hills. 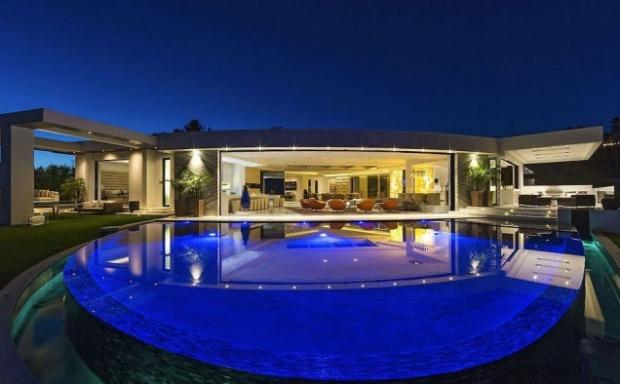 The John Aaroe Group announced the sale, a record $70 million, with the following press release: "Persson's purchase included everything in the house from luxury furnishings to exotic electronics such as the automated 54-foot curved glass door in the living room that opens onto an infinity pool with iPad-controlled fountains and spectacular views. Cases of Dom Perignon were part of the deal."

Notch's new digs are pretty damn nice, with the house taking up a massive 23,000 square feet. The $70 million mansion features "vodka and tequila bars, a candy room, an 18-seat tiered screening room, a state-of-the-art kitchen and an exquisite 18-foot onyx dining room table for 24 that includes place settings by Roberto Cavalli at a cost of $3,700 each. Three high-definition 90-inch television screens bring panoramic views of Los Angeles from the roof into the down stairs lounge - especially breathtaking at night, says De Los Reyes. Art pieces include a replica of James Dean's motorcycle and a chromed Ma Deuce machine gun. On a conventional note, the home has eight bedrooms and 15 bathrooms all equipped with Toto Neorest toilets at a price of $5,600 each."