Galaxy is a name associated with top-tier GPU's, but they also recently announced a new HOF PCIe SSD. The Hall of Fame (HOF) series of products from Galaxy represent their top tier products, so an SSD with blistering speed fits the bill nicely. The PCIe SSD is geared for gaming usage and comes with the requisite high performance specifications. The new SSD features a custom Heracles JMF811 JMicron controller developed specifically for Galaxy. While details are scant, we do know that the new Heracles SSD controller communicates via a PCIe 2.0 x4 connection and features sequential read/write speeds of 1,600 MB/s. 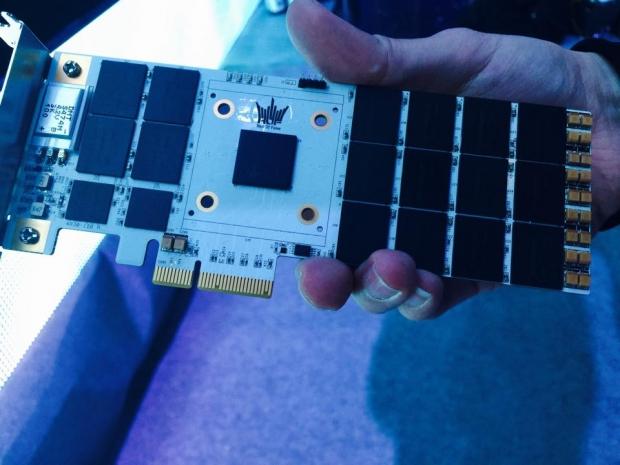 There is no word if the new SSD communicates via the AHCI or NVMe protocol. It will come in capacities of 1TB, 2TB and 4TB. These are rather large capacities that will surely command a hefty price, but for gamers looking for the bleeding edge of performance it might be worth the investment. 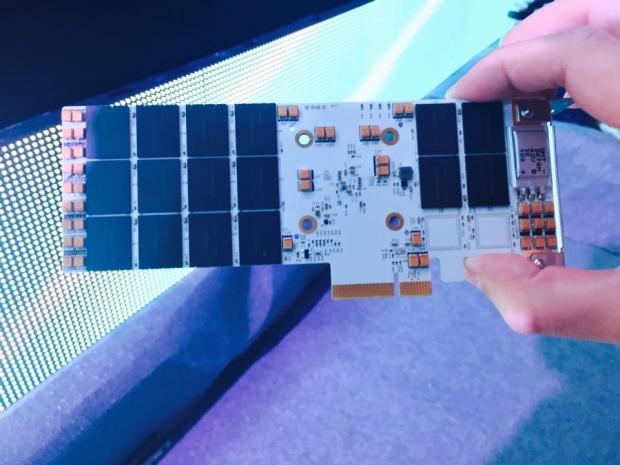 One prominent feature worth noting are the large capacitors present near the PCIe bracket. These provide protection during host power loss events by flushing all data in transit down to the NAND. 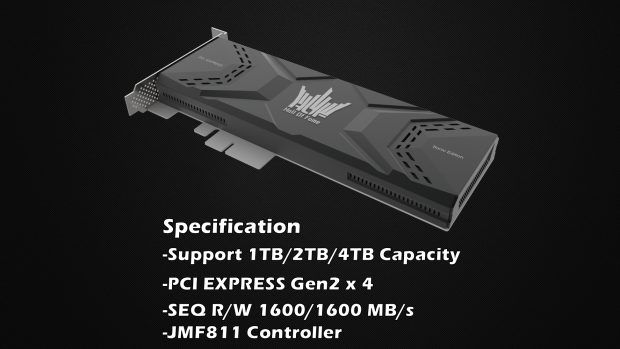 The SSD comes in an attractive plastic casing, but there is no word on if there is active or passive cooling. Such an enclosure would likely require some sort of assisted airflow to keep the interior components cool during operation. It wouldn't be surprising if more details emerge as we get closer to CES in January, but for now we do know that the HOF SSD is due in Q2 of 2015.