We've all been there, there's something wrong with you, you Google for symptoms, worrying that you're going to die, but don't want to call the doctor out of a variety of reasons. 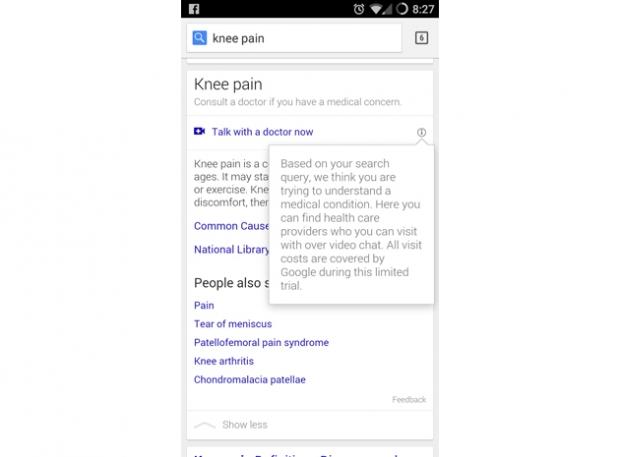 But Google looks like it might be going down an interesting, and why-hasn't-it-happened-sooner path, trialing direct video chat with doctors after you Google your symptoms. Google confirmed the news with Engadget, telling the site that it is trialing a Helpouts-style feature that offers people video chats with doctors when they search for their symptoms.

There aren't many details on how exactly this works, but a search card mentions that Google is covering the costs of any video chats with doctors while in its trial phase. Virtual appointments would be the next step, but there would most likely be costs involved. I think this could be a great step for the company, who is investing and researching into health technology, allowing doctors from all corners to talk to patients who otherwise might not have contacted a doctor about their issues.