Steam gamers will enjoy the new Steam Discovery Update that Valve is pushing out right now, which adds "functionality and features designed to optimize the Steam shopping experience as the number of new titles on Steam increases". 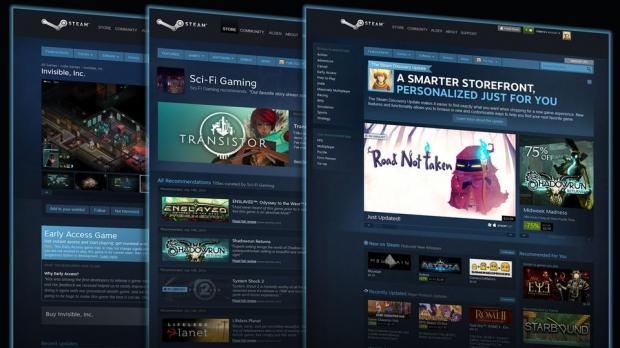 Valve has softly announced that there are now over 100 million active Steam accounts, with an additional 1300 new titles being added to Steam in the last nine months alone. Valve, with the Steam Discovery Update, is offering a smarter Home page, which will be "offering recommendations based on past purchases, recent playtime, and recommendations by friends".

Valve has also improved Steam Search, with a new feature called Curators, which allows anyone to become a Curator, recommending games and allowing people to follow them, and their recommendation on titles. Alden Kroll of Valve said: "We have made great efforts to increase the number of titles we can publish on Steam, which means more choices for customers. This update introduces multiple features and functionality to help customers explore Steam's growing catalog and find the games they are most interested in playing".