LG Electronics has announced it will begin selling the first 4K OLED TVs, supporting 3840 x 2160 resolution in 77- and 65-inch screen sizes. Pre-orders will be accepted in Korea starting this week, with North America and Europe targeted next, according to a press release from the company. OLED TVs should overtake LCD sales in the next few years, but it seemed unlikely that companies would be interested in mass producing 4K OLED TVs. 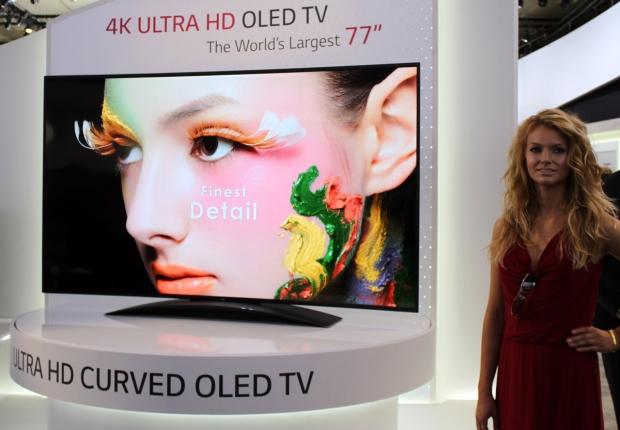 "LG 4K OLED TV is the pinnacle of technological achievement and a new paradigm that will change the dynamics of the next generation TV market," said Hyun-hwoi Ha, LG Home Entertainment President and CEO, in a press statement. "As the next evolutionary step in display technology, OLED will play a major role in reshaping our industry. I feel confident when I say that 4K OLED is a bona fide game changer."

Both Sony and Panasonic showed off 4K OLED units during CES in 2013, but the TVs didn't enter production - LG hopes its "game changer" TV models will shake things up a bit - but 4K OLED will be expensive to manufacture and cost consumers a pretty penny. Instead, Sony and Panasonic have 4K LED TV units available to early adopters.