A group of researchers from a university in British Columbia came up with a very odd, yet very cool project called hitchBOT. The idea was to make a robot of sorts, put it on the side of the road, and see if it could hitch a ride across the country. This isn't the sort of bot that can't walk on its own, but it is computerized enough to interact with the people who help it. 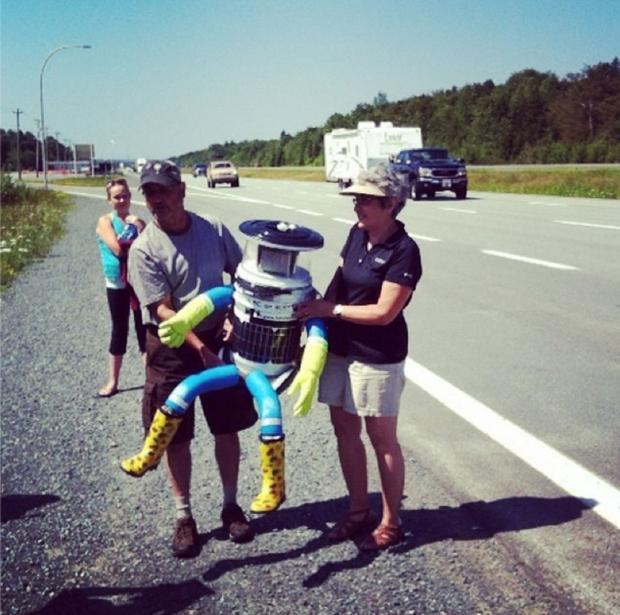 So far, the bot has hitched numerous rides and ended up in some interesting places. It has hung out with folks on summer vacation, a rock band, and wound up at a wedding. During the wedding hitchBOT reportedly interrupted the groom's thank you for coming speech to say it likes to make friends.

HitchBOT began its cross-country trip on July 27 after being left on the side of the road near the Halifax airport. The bot has been taking photos and sharing them online as well as tweeting during its trip. The bot is expected to end its trip at the Victoria Open Space Gallery next week.