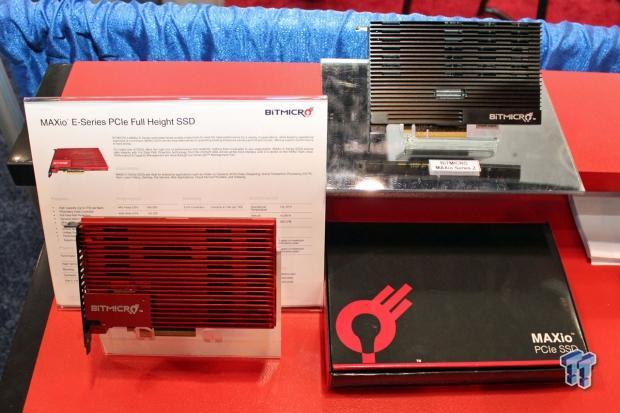 BiTMICRO tackles some of the inherent challenges of a large capacity SSD by separating their Talino controller architecture into a Split ASIC technology, placing the FTL (Flash Translation Layer) onto a separate processor. This allows the MaxIO to effectively manage the much larger LBA range of a high capacity device, while also enabling global wear leveling techniques to enhance endurance. Cramming as much capacity onto one device is critical in high-density applications that need the performance of an AFA (All Flash Array), but want to maintain the highest performance by keeping the SSD as close to the processor as possible. This helps to reduce any associated networking infrastructure. The drives are optimized for read-centric applications and features up to 1 DWPD of endurance during the five-year warranty period. We were lucky enough to speak with Zophar Sante and Stephan Uriarte about the differentiators and advantages of their new architecture in the video below.

As always, stay tuned for the latest updates on TweakTown.