Microsoft has announced through its by the Numbers webpage that its Windows Phone Store is now home to over 300,000 apps. This doesn't begin to compare with Apple and Google, but it's a big milestone for Windows Phone, and Microsoft. 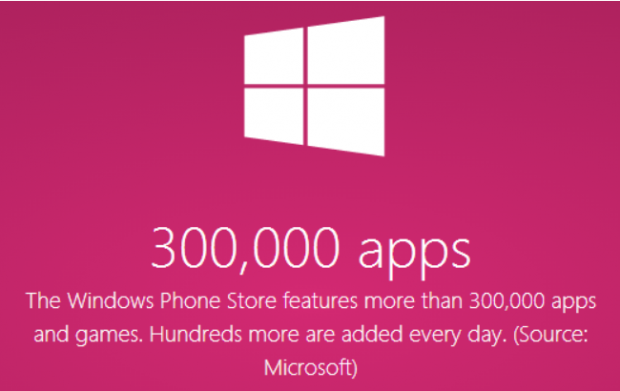