When it comes to autonomous vehicles that can drive themselves, Google is the name that many think of. Google isn't the only major company working in the autonomous car market though. A company called Cruise is now taking pre-orders for a product called the RP-1 that will turn two Audi car models into self-driving cars. The RP-1 product works with the Audi A4 and S4 cars.

Cruise will begin to put the RP-1 on cars early next year with pre-orders underway right now for the first 50 RP-1 units. Cruise is working on making its self-driving tech compatible with other cars, with the product dubbed a highway autopilot.

Once the driver is in a lane on the highway, they can press a button and the RP-1 system will take over control of the accelerator, brake pedals, and steering. The system can be turned off easily if the driver takes over the steering wheel or taps the throttle pedal. The Cruise RP-1 accessory costs $10,000 and straps to the roof of the car. 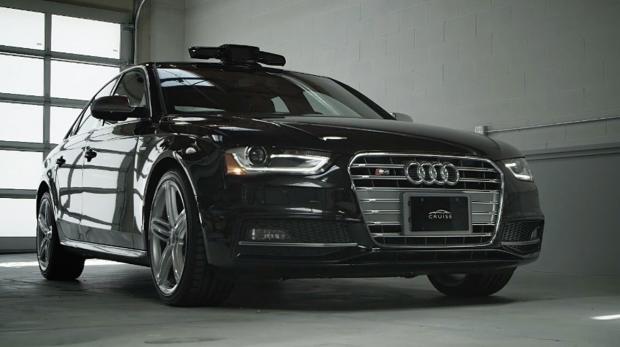