Computex 2014 ASUSTOR displayed seven new exciting NAS products at Computex 2014 this year. The first for are from the upcoming 7-Series, first shown at CES 2014. The seventh is a new rackmount in the 2-Series that promises to be a low cost solution for small office use but still delivers ASUSTOR features that make the products efficient and easy to configure. 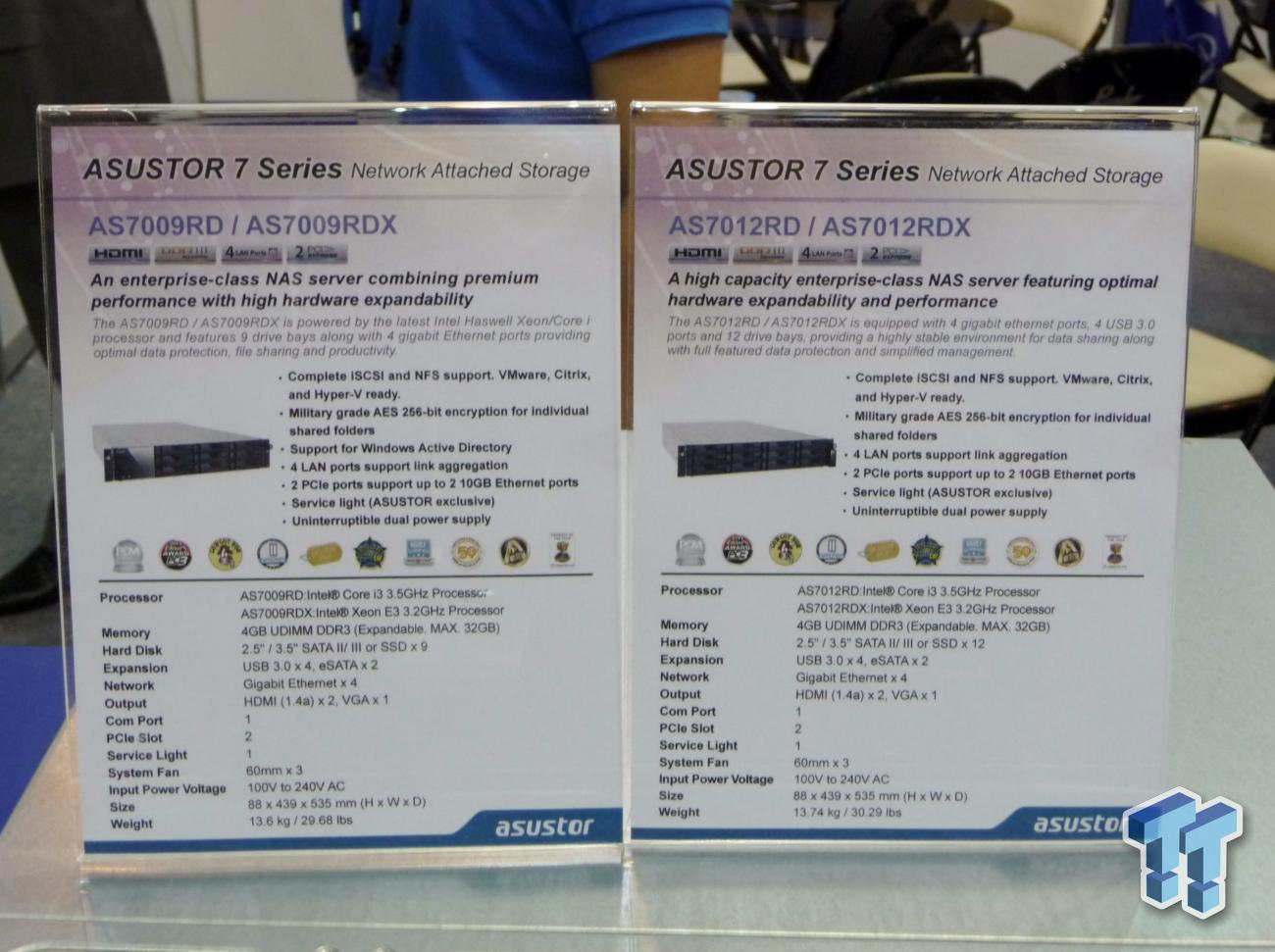 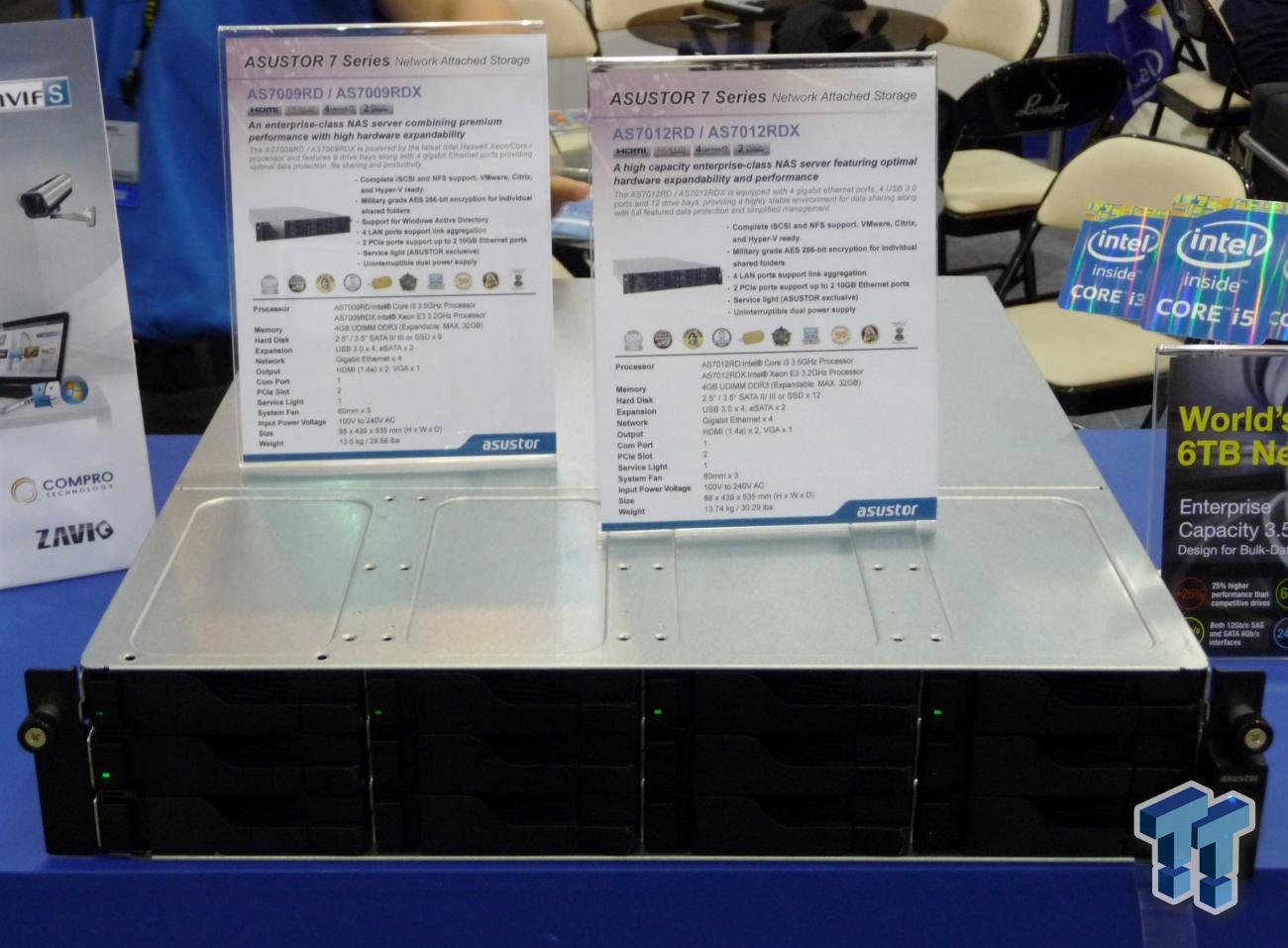 Here we get our first look at the new 12-bay model that features 4 Gigabit Ethernet ports, 2x HDMI 1.4 ports on top of a number of other I/O connectors. 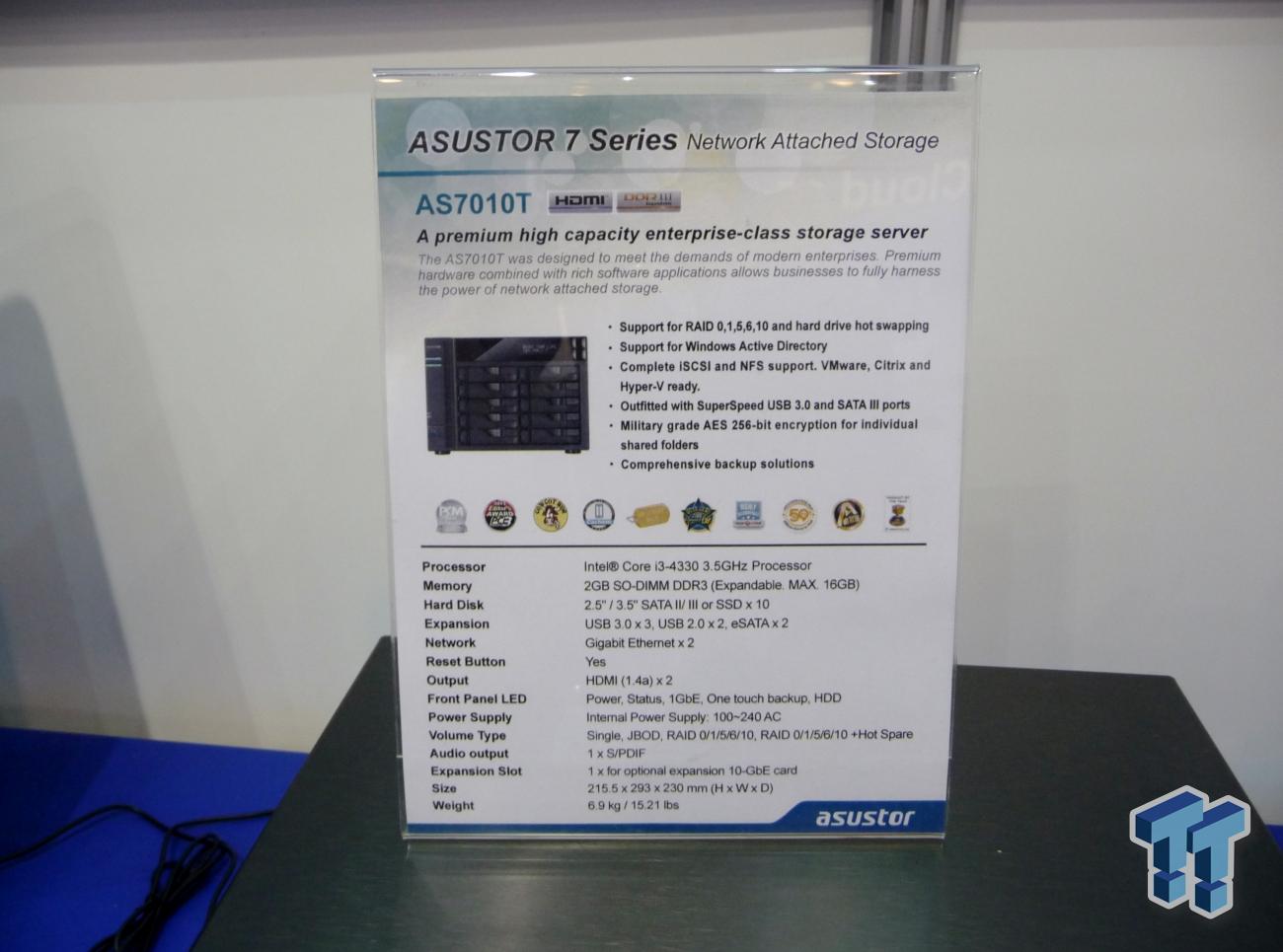 In addition to the 7-Series rackmount products, ASUSTOR also displayed two pedestal servers with 10 and 8 bays. Both use Intel Core i3 processors also running at 3.5GHz. 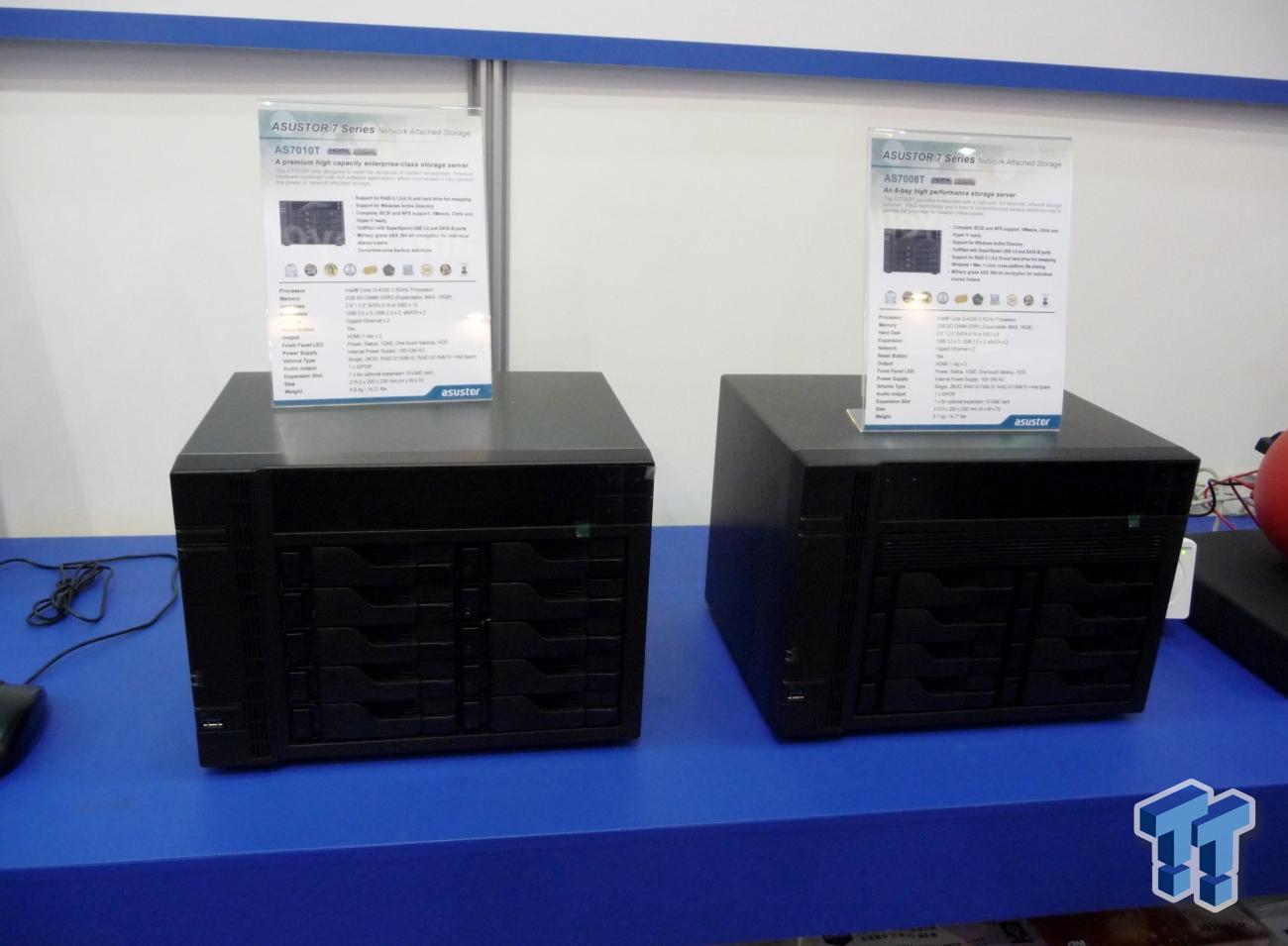 Here we see the two new models powered down. When powered, a front display shows the system status but it can be dimmed for home theater use. Both use two Gigabit Ethernet ports to connect to your network and with special ASUSTOR software, the world, for advanced personal cloud computing. 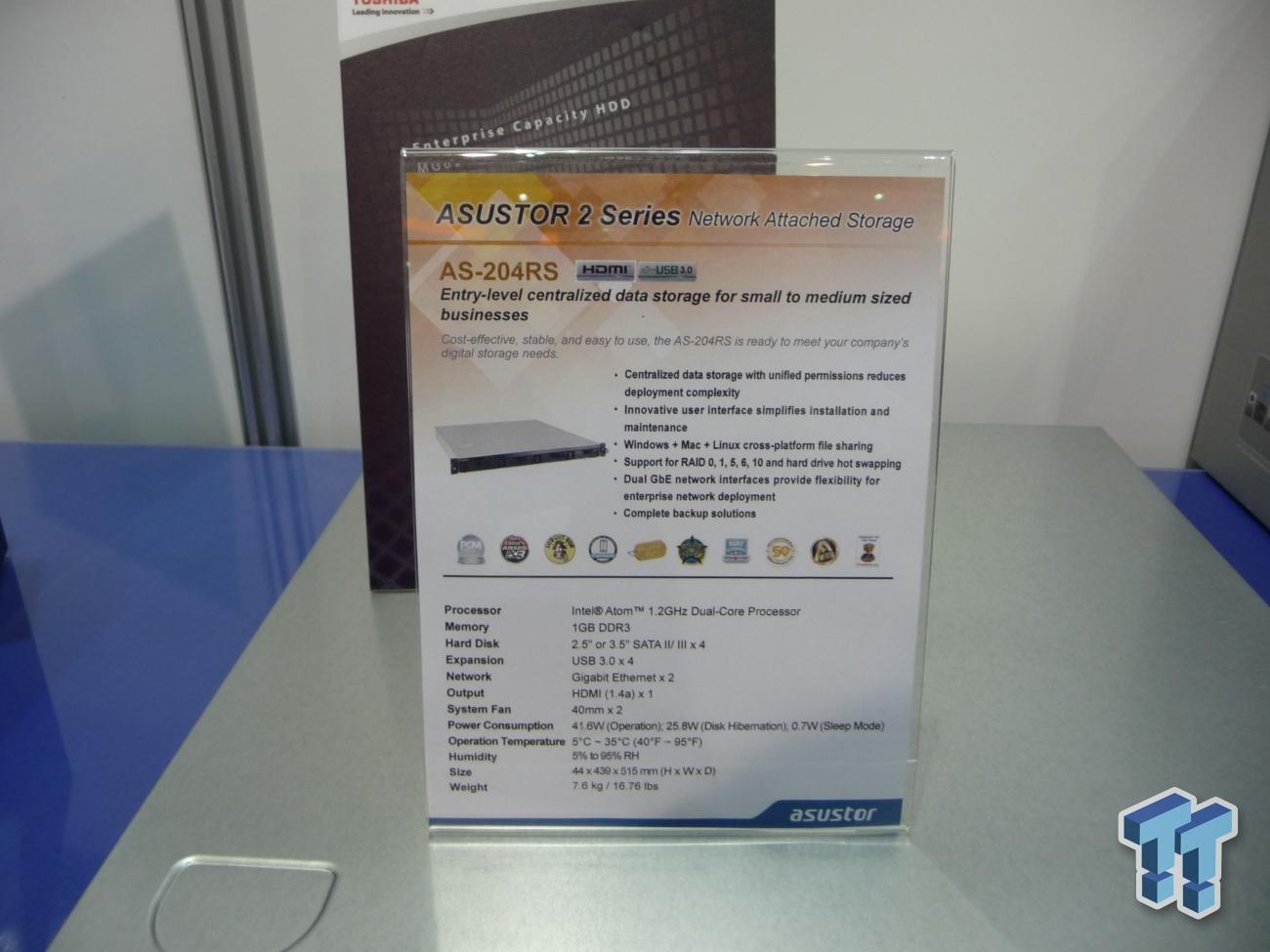 The seventh new model is one to get very excited about as it bridges ASUSTOR's 2-Series pricing model with rackmount technology. 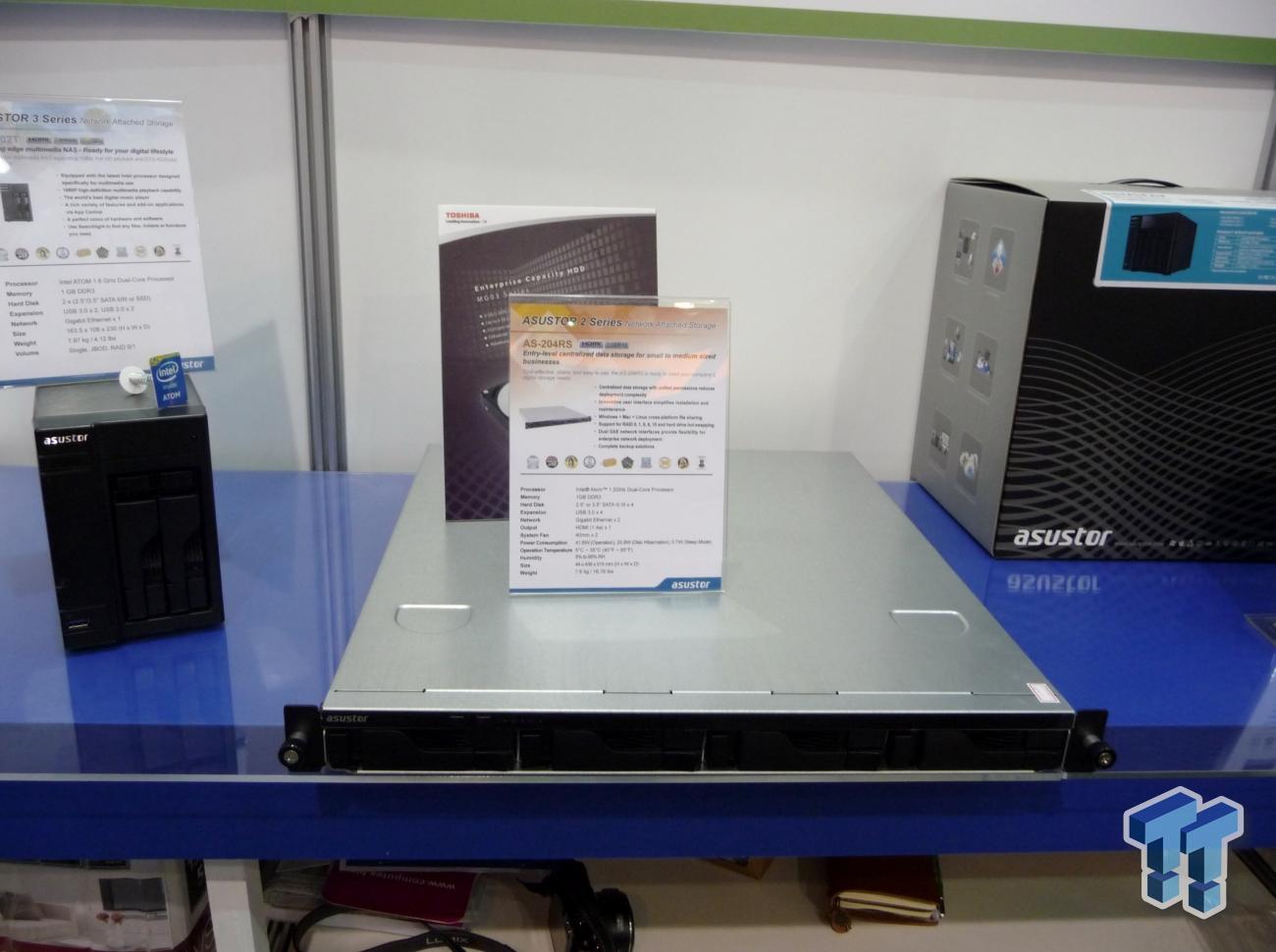 I suspect you'll be able to read full reviews of many of these products in the near future here on TweakTown.