BMC Racing Team time trial specialist Taylor Phinney captured the individual time trial and won the U.S. national championship, able to wear the national jersey during time trials. He controlled the 19.2-mile course in 37:48, winning ahead of 2013 champion Tom Zirbel, who came across 51 seconds slower. Phinney already had his custom skinsuit picked out and made, ready to wear it as he prepares to show off his stars and stripes in Europe. 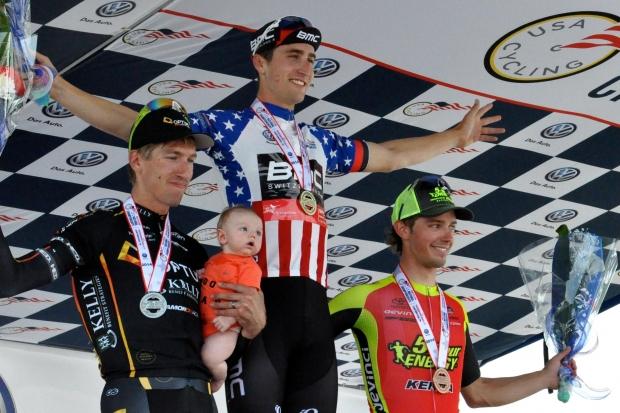 Here is what Phinney said post-race: I'm really happy with this. This is a big weight off my shoulders. I was confident going into today, but I was actually super nervous, mainly because it was one of the first time trials I've gone into where I've been the overwhelming favorite. I still can kind of play the underdog card in all the World Tour time trials, so this is the first one where everyone was looking at me, so I was quite happy to pull it off."

Phinney will now try to win the U.S. national road race championship race on Monday, an intense 102-mile race which should prove to be exciting for cycling fans. Current U.S. road race champion Freddie Rodriguez wants to defend his jersey, though will face stiff competition from young, motivated riders trying to fight for contracts in Europe.