Printrbot has long been known for creating and selling affordable 3D Printer kits that enable almost anyone to begin 3D printing in their home, but that changed at this week's MakerCon in San Francisco. Earlier this week the company unveiled its first CNC Router that is targeted at beginner CNC users. The new Printerbot CNC Router is capable of machining wood, plastic and aluminum, albeit at different speeds. 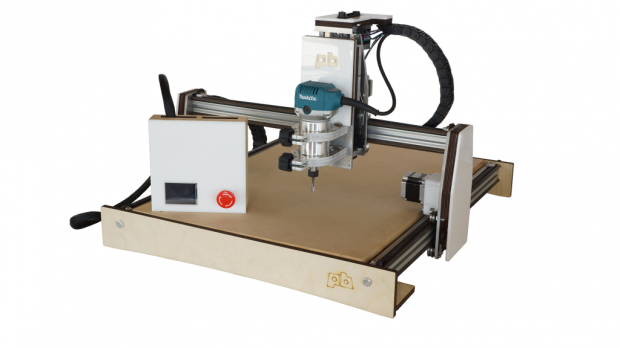 The machine features a Wi-Fi enabled Raspberry Pi that runs a web-based control software suite enabling users to connect to the device wirelessly. The control board is based on the TinyG board, and movement is accomplished via NEMA 23 stepper motors. A Makita Router is utilized as the tool head, and the entire thing looks to be able to accept stock up to 24-inches square. No word on pricing has been released, but I have reached out to Printrbot for more information.