Most people who have played Fallout 3 loved the idea of the wearable Pip-Boy 3000 device, well, a five-member group called Team Reno have done just that - created a Pip-Boy 3000 like device.

The team wrote about their entry, saying: "We wanted to make a piece of popular science fiction into a reality so we chose the Pip-Boy 3000 from the game Fallout 3. The goal was to bring environmental sensors into an easy-to-use cuff device that could help a wearer determine if their environment is safe for navigation or helmet removal". 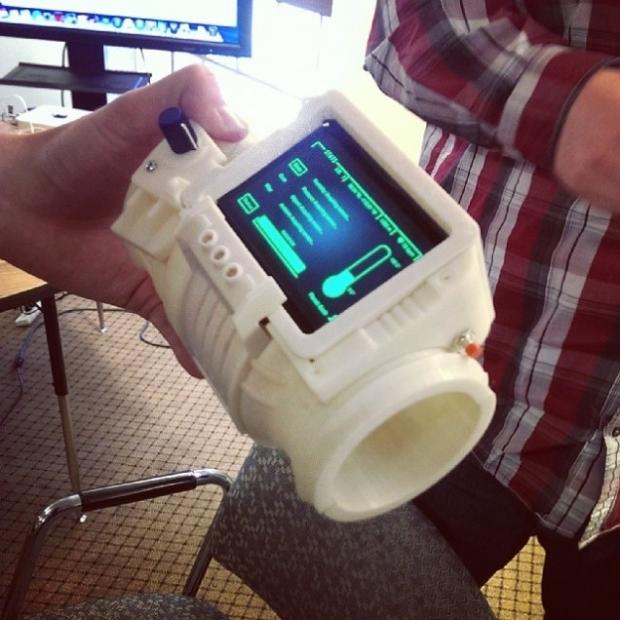