We were there when it was announced, but we didn't know when the GeForce GTX TITAN Z would be released - now we know: April 29. NVIDIA will be selling the GTX TITAN Z for a massive $2999 - without tax. 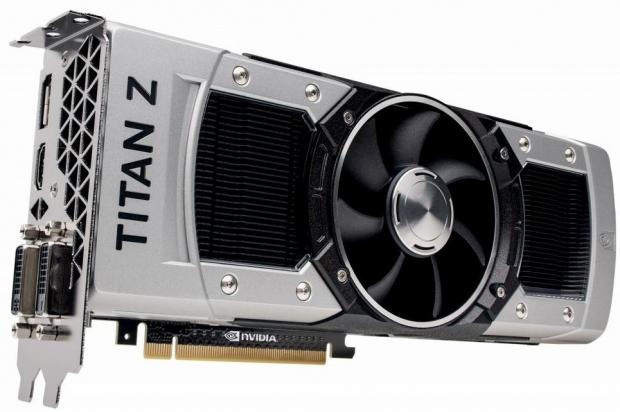 Considering some countries charge anywhere between 10-30% tax, you could be looking at as much as just under $4000 for this beastly dual-GPU video card. But, remember that the TITAN Z sports two GK110 GPUs, so we should expect some truly delicious performance from this card. Each GPU features 2880 CUDA cores, 240 TMUs, 48 ROPs, and 6GB of GDDR5 RAM at the ready.

One of the best things NVIDIA did with its TITAN Z is air-cool it, versus AMD's watercooling setup on its Radeon R9 295X2. You can just buy the TITAN Z, strap it into a PCIe slot and away you go. There is no fiddling around to mount some massive radiator. I can't wait to get my hands-on two of these for some triple 4K action.