In a world dominated by the Galaxy S5 and iPhone, most other devices that aren't from the big players on the market don't really get a mention. Well, the OnePlus One smartphone might change all of that. 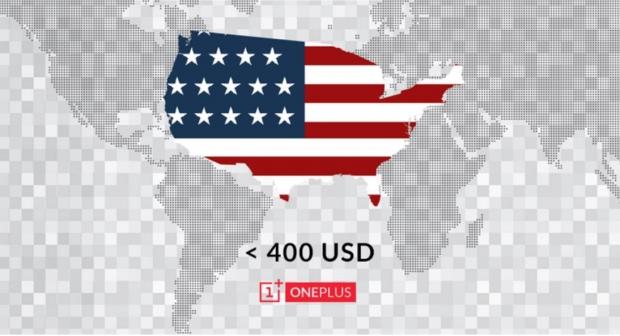 The company has said that the One smartphone would be "the most beautifully designed handset ever," which are some mighty big words. The OnePlus One packs some flagship hardware, starting with a 5.5-inch Full HD display, Qualcomm's brand new Snapdragon 801 SoC clocked at 2.5GHz, 3GB of RAM, a 13-megapixel rear-facing camera thanks to the Sony Exmor camera sensor, a 5-megapixel snapper up front, LTE Category 4 modem with global LTE connectivity, a 3100mAh battery and 16-64GB of on-board flash storage.

In terms of specs, the OnePlus One smartphone sounds like a winner. On the software side of things we have CynanogenMod, which is a nice touch as it's not just the same old Android + UI skin like everyone else does. The OnePlus One will be released into 16 markets including: Austria, Belgium, Canada, Denmark, Finland, France, Germany, Hong Kong, Italy, Netherlands, Portugal, Spain, Sweden, Taiwan, United Kingdom, and United States. Where it will customers over, is its price: $400.

Considering the Galaxy S5 is $650 or more, and the new HTC One M8 is $700, the OnePlus One might have consumers lining up for its smartphone on specs and pricing alone. We will see the official announcement on April 23, which is just a few days away.