I will readily admit to having never watched any of the Netflix original shows. Most of them just don't sound like something that I am interested in. Take for instance a show with Ricky Gervais called Derek. It looks rather weird, but if you are a fan, you will be glad to hear this. 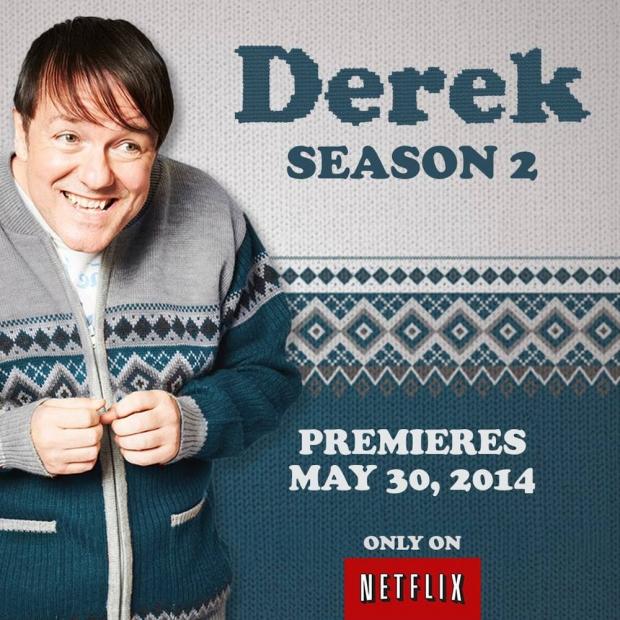 Netflix has announced that the second season of Derek will air on May 30. As Netflix typically does, all six of the 30-minute long episodes will be offered on May 30 so you can binge. The show will air everywhere Netflix is available except for the UK. In the UK, you will have to watch the show on Channel 4 where it was commissioned.

Derek is a comedy about a group described as living outside of society's margins. In the new season, Derek will make new friends and continues working at a retirement home he views as an extended family.

Netflix writes that the show is,"An award-winning bittersweet comedy-drama about a group of outsiders living on society's margins, "Derek" centers around Derek Noakes (Gervais), a tender, innocent man whose love for his job at a retirement home shines through. Derek cares deeply for the home's residents, because they are kind and funny and tell him stories of what life used to be like. Working alongside Derek is Dougie (Karl Pilkington), his landlord who is one of life's unlucky individuals; Kev (David Earl), a loveable train wreck; and Hannah (Kerry Godliman), a care worker in the home and Derek's best friend. She is smart, witty and hardworking, but unlucky in love, and, like Derek, always puts other people first."