A five-year-old boy named Kristoffer Von Hassel from San Diego was able to gain access to his father's Xbox Live account without inserting the right password.

All he had to do was put any wrong password to access second verification screen and then spam it using the space bar! 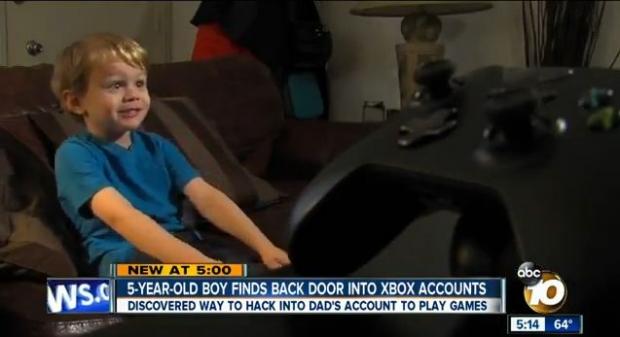 The incident came into light when a local news station KGTV reported the incident. The preschooler was obviously excited that he was able to gain access to Xbox Live, but then said that he got nervous thinking that his dad would find out. What's interesting is that his father, Robert, works in computer security. As one would imagine, he is very proud of his boy for discovering the flaw.

His father reported the incident to Microsoft who then quickly fixed the security flaw. Kristoffer's name is added in a list of security researchers who were thanked for helping to secure Microsoft by reporting such issues, followed by four free games, $50 and one year subscription of Xbox Live Gold Membership.

Microsoft said in a statement,"We're always listening to our customers and thank them for bringing issues to our attention. We take security seriously at Xbox and fixed the issue as soon as we learned about it."