A new patent filed by Apple is lending some insight into the companies future plans for its iPhone and iPad mobile devices. The patent shows that Apple has came up with a concept that would see DSLR-like interchangeable lenses attaching to a bayonet-style mount surrounding the camera. Add-on lenses for the iPad and iPhone have been around since the first iPhone launched, and now it looks like Apple wants to cash in on those accessories. 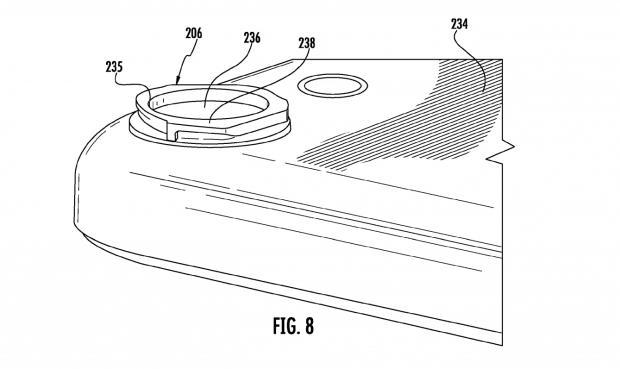 The bayonet mounting method has several advantages over some of the magnetic, and clip-on designs that are already on the market as it gives Apple a way to ensure that the lens is perfectly aligned with the iPhone's camera sensor every time. This will improve image quality, and allow Apple a licensing avenue that would force lens makers to pay Apple for the rights to create lenses to mount onto the new iPhones. In the end, I feel that this is exactly what Apple was going for, and I actually think that they will release this mount in the form of a case rather than built into the camera.