The Subaru Tribeca isn't exactly the best selling SUV that Subaru makes. When Subaru showed off its new concept car during the New York Auto Show in April called the Viziv 2, rumors surfaced that the concept car might be the next Tribeca. A new rumor going around suggests that the Tribeca name may be retired altogether. 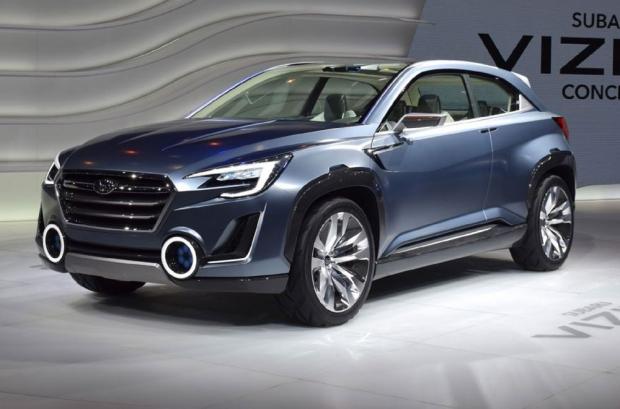 The concept car is now said to hint at future small and larger SUVs from Subaru. The source of the rumor is said to be "close: to Subaru. This source also says that the new SUV will be close to the Tribeca in size for the larger model. No additional details were offered on the rumored smaller SUV.

Another interesting tidbit is that the new SUV is tipped to be a plug-in hybrid using a diesel engine. The engine will reportedly be a 2.0L turbo boxer diesel producing 148hp and 258 lb-ft of torque. There is no indication of how much power the electric engine will add. There is a chance that the hybrid system will be similar to what was shown in the Viziv 2 with rear motor driven symmetrical AWD. The new SUV is tipped to be coming for late 2017 availability.