NASA is always working on some sort of project to get the masses interested in science and space. About a year and a half ago, NASA rolled out an app for iPad users called NASA Visualization Explorer. The app was designed to share articles, images, and visualizations of satellite data with users. 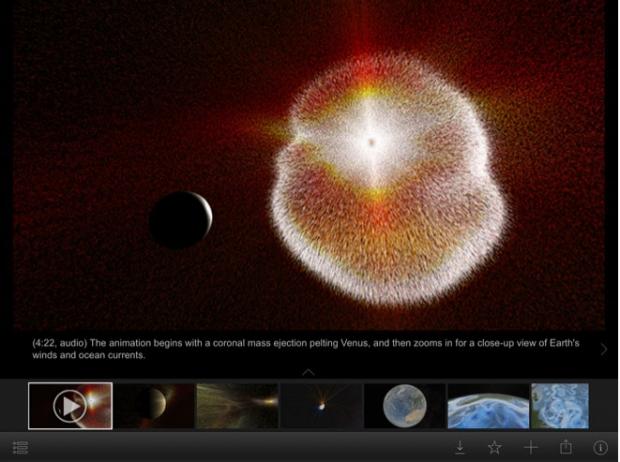 The problem for users on iOS devices other than the iPad was that the app didn't support other devices. NASA has now announced that the app is available for all iOS devices. That means that iPhone and iPod touch users can now check out the app and its cool images and content.

Users will be able to access the 274 stories that have been published on the app and are in the archives. New stores will be added on Tuesday and Thursday. NASA says that the original app had about a million unique downloads.

"I am very excited at the opportunity to turn millions of iPhone and iPod Touch users worldwide into fans of the app," said Helen-Nicole Kostis, the app's project manager. "We worked hard to maintain the quality of interaction within the visual story on smaller screens. With this release we welcome new users to enjoy the experience and to follow the fascinating world of NASA science and research through our stories and data visualization work."