In the normal civilian world people worry about things like being a glasshole while wearing their Google Glass headset. On the battlefield all most soldiers care about is getting their job done and keeping themselves and their friends safe. BAE Systems has a headset that is sort of like Google Glass that could help soldiers stay safe on the battlefield. 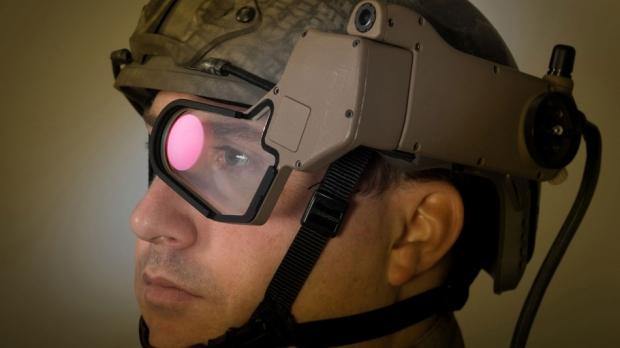 The system is called Q-Warrior and it fits on a helmet that helps protect the soldier. The eyepiece can give the wearer a 3D view of things that are going on outside their field of view. The idea is that the soldier could get video from a drone feed or other types of data showing what the baddies are doing as an operation unfolds.

The coolest part about the Q-Warrior headset is that the system is capable of being used as promised right now. It's not something that is a decade away from feasibility. One of the things holding deployment now is work to secure the wireless video feeds that make the headset useful. It wouldn't do to field something like this if the drone feeds could be hacked or blocked.

The military also needs to do some investigation into how much data needs to be provided and when the soldier is getting too much data. This sounds like a very cool device and it will certainly help with situational awareness for soldiers.