Sony's PlayStation 4 console has been on the market for months now, outselling its main competitor: Microsoft's Xbox One. But, we've never known the official clock speed of the AMD-made eight-core Jaguar APU inside of the PS4. 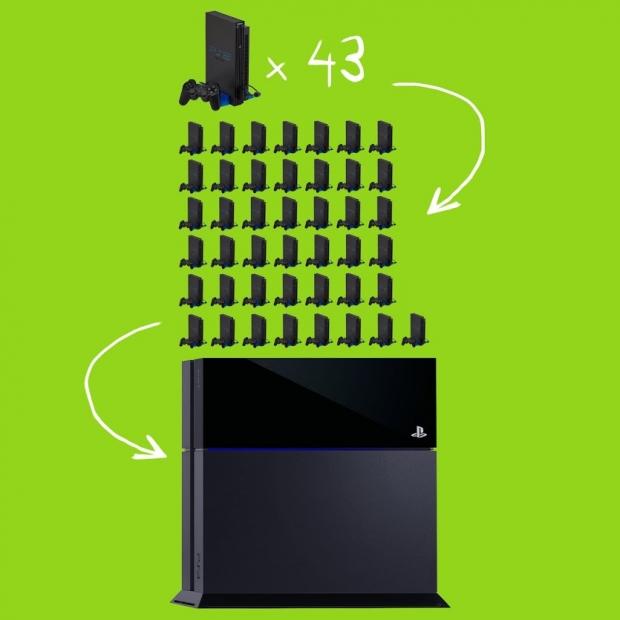 Sony has now confirmed the clock speed of the PS4's eight-core processor, clocking in at 1.6GHz. Sony UK's Google+ page has teased that the PS4 is around 43 times the performance of the PS2, which really puts things into perspective. The formula used to reach this conclusion isn't rocket science, but it is basically 1600 x 8, and then divided by the PS2's CPU in MHz - 299.

Considering we have eight-core CPUs in smartphones now, and 2.5GHz+ quad-core chips in most of the high-end handsets, the PS4 doesn't seem so fast anymore. Especially when you consider the #pcmasterrace.