The Game Developer's Conference 2014 is being held next month, where Microsoft will be hosting a session called "DirectX: Evolving Microsoft's Graphics Platform". The session is being hosted by Anuj Gosalia, Developement Manager for Windows Graphics. The session is described as: 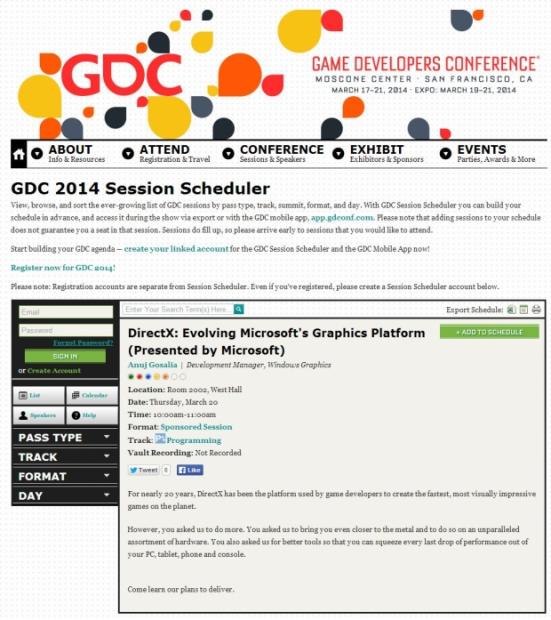 "For nearly 20 years, DirectX has been the platform used by game developers to create the fastest, most visually impressive games on the planet.

However, you asked us to do more. You asked us to bring you even closer to the metal and to do so on an unparalleled assortment of hardware. You also asked us for better tools so that you can squeeze every last drop of performance out of your PC, tablet, phone and console.

Come learn our plans to deliver."

Referring to 'closer to the metal' means more control over your GPU, with lower CPU overheads - which is similar, if not identical to AMD's Mantle technology. If this is the case, it could be quite the benefit to PC gamers, as it will increase performance across the board of hardware, not just limited to AMD GPUs, but NVIDIA, Intel, and others.