Typically, when you think about a plug-in hybrid car performance isn't something that comes to mind. The majority of hybrids on the market today are aimed at being green and sipping fuel with no thought of performance at all. Think Toyota Prius or Ford Fusion Hybrid. Volkswagen has unveiled a new plug-in hybrid that offers fuel efficiency and impressive performance. 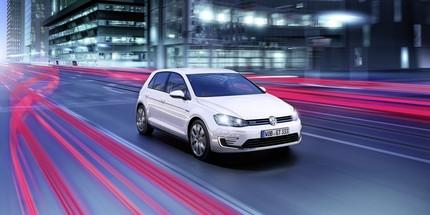 The Golf GTE isn't going to compete with a sports car, but it is certainly more exciting than a Prius. The GTE is a plug-in hybrid with a battery pack that can recharge from a wall outlet in only 3.5 hours. The car has a 1.4L 148 hp turbo direct-injected engine.

The total driving range with gas and electric power is 584 miles. The car has a fuel rating of 157 mpg on the European Driving Cycle. The VW Golf GTE will be officially unveiled at the Geneva Motor Show next month.