After some major slumps in revenue, Apple is back, bigger than ever for its Q1 2014. Revenue reached $57.6 billion, setting a new quarterly record for the company, with profits reaching a nice $13.1 billion. 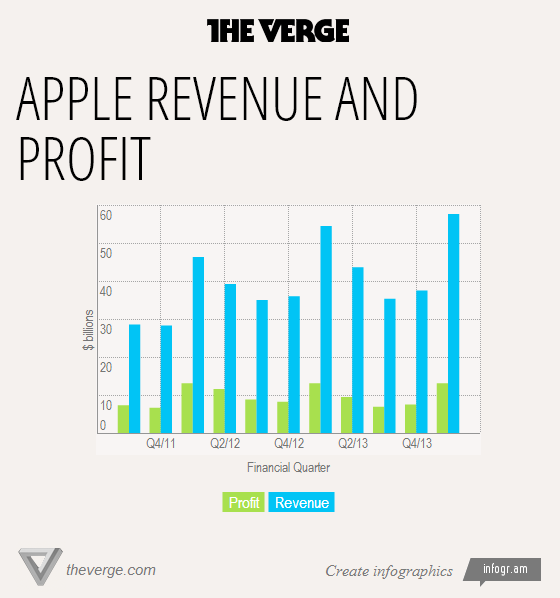 Device sales are where it gets interesting, with iPhone sales bursting through the 50 million mark - the first time it has ever done so in a quarter. iPad sales also reached a new record, selling over 26 million units. The iPod didn't see the same success, with sales dropping to 6 million, down from 12.7 million at the same time last year. 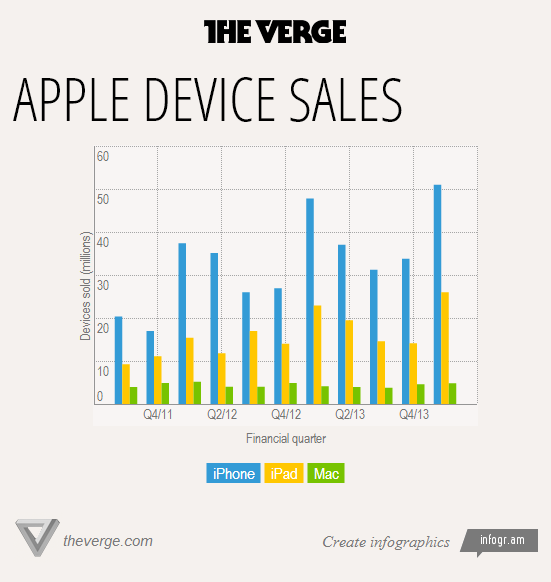 Apple has seen its share price completely erode from 2012 when we saw it coming - from $700 down to under $400 throughout 2013. At the moment, it is half way back sitting at around $550. Today's earnings report should help Apple claw back some of that much needed increase in stock prices.