We've learnt quite a lot from Valve's developer-only Steam Dev Days conference, with VR being the focus of the second, and last day of the event. Oculus VR's founder, Palmer Luckey, was a key guest for its VR discussions, where he teased the future of VR. 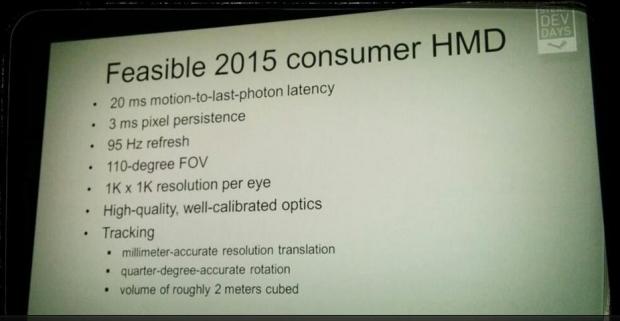 Luckey said: "Valve's VR tech is the best virtual reality demo in the world right now". This is quite a statement from Luckey, considering his company just received $75 million in Series B funding for Oculus Rift. The specifications of what Valve and Oculus expect from a consumer VR headset for 2015 are very, very promising: