This morning Samsung officially announced the existence of its rumored Galaxy Tab 3 Lite after the device's user manual leaked late last night. The Galaxy Tab 3 Lite is aimed at the low-end side of the market and hopes to attract more customers to the small tablet realm in hopes that they will upgrade to a high-end model in the future. 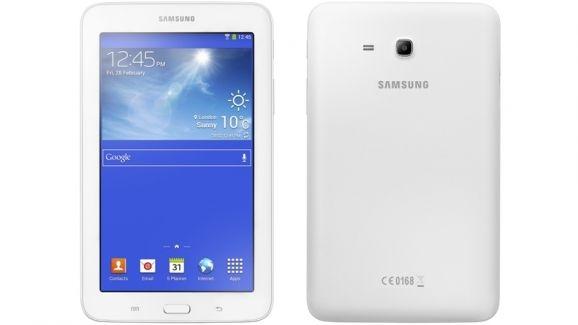 The Galaxy Tab 3 Lite features a 7-inch screen with a 1024x600 resolution screen, while a 1.2GHz dual-core processor handles computational duties. 1GB of RAM should barely keep things running smooth while 8GB of on-board storage is on hand to store all of your files. A micro SD slot allows for more storage while a 2MP rear camera handles imaging duties. Battery life will be questionable with only a 3600mAh battery being featured, but with the slimmed down specifications, this may turn out not to be an issue.

The Wi-Fi version is expected to retail for around $165 while a 3G compatible version will cost consumers about $100 more putting the price tag at $265. With prices like this, Samsung has to face some stiff competition in Google's Nexus 7, Amazon's Kindle Fire HDX, and even offerings from Acer and ASUS.