Since November, the tech world has been buzzing about Nokia releasing an Android-powered smartphone alongside its Lumia line of Windows Phones. @evleaks even posted an image of the top-secret project code named "Normandy," but until today all we have seen is an image of a Lumia-like device with a black screen. 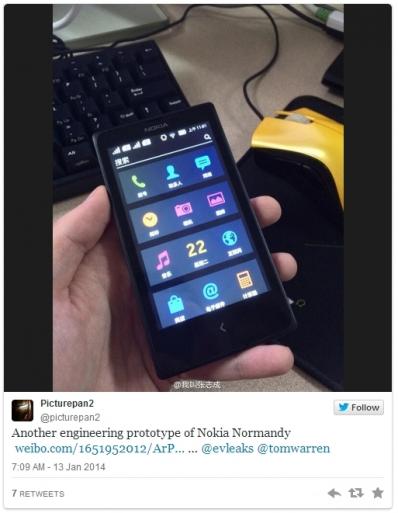 Today, Twitter user, Picturepan2, posted what he says is an engineering prototype of the Nokia Normandy Android-based smartphone. The user interface definitely looks like some form of Android, but the phone appears to only feature a back button and not the typical back and home button combo. Further more, the device is pictured with what appears to be dual SIM cards based on the dual signal meters in the notification bar. 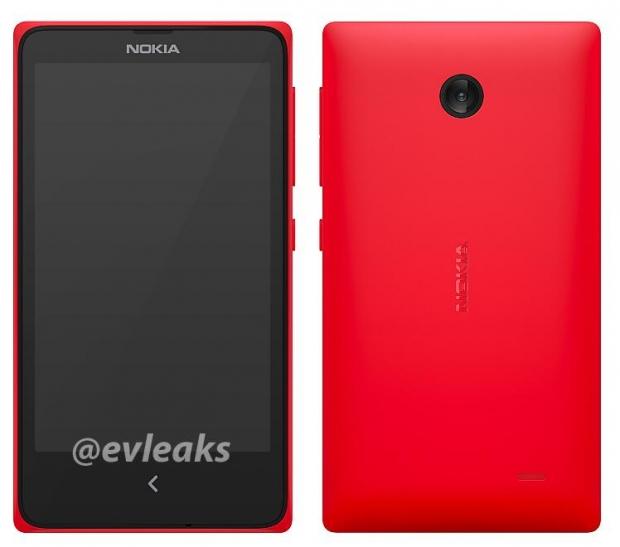 Other reports out today suggest that project Normandy is just part of a refreshed Asha line and will be running a heavily modified version of Android. The Android implementation will be modified to incorporate features from both Windows Phone 8.1 as well as Android, in what could become the Asha line's official OS. Sources say that we can expect to see this mysterious phone debuted just before or during the 2014 Mobile World Congress.