CES 2014 - AMD is using CES 2014 to show off its new Nano PC, which is powered by the company's Mullins APU. AMD's Nano PC is a super small PC that sits on, or under your TV, and is capable of running Windows 8.1. 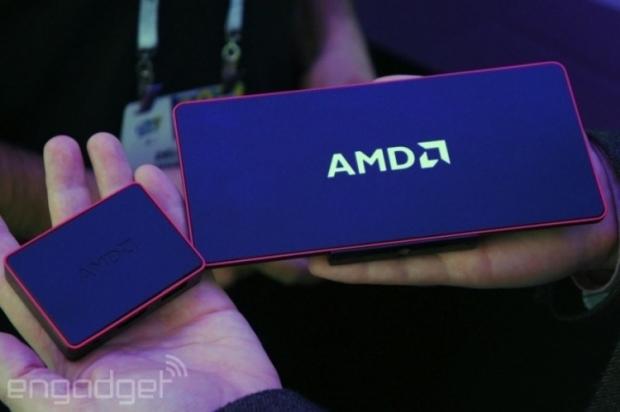 The Nano PC, even at its tiny size, features a camera, Bluetooth, Wi-Fi, and DockPort connectivity, as well as a 256GB SSD for storage. The Mullins APU is capable of driving the Nano PC without a problem, with reports stating that the tiny PC can play FIFA 14 at 1080p without a problem. We have a mini breakout box that provides USB and HDMI so that it can push the Nano PC's output to your TV.

Unfortunately, AMD won't be selling these Nano PCs direct, but instead will be offering them as a prototype to other manufacturers as a new HTPC/thin PC device.