Over the last few days many gamers looking to log into Battlefield 4 have been experiencing an error that prevents them from joining any servers. The most common error reads "Error: No contact with EA Online. Please try again later." The issue first arose last week, and it appeared that EA had fixed it, but this morning the issue arose again. 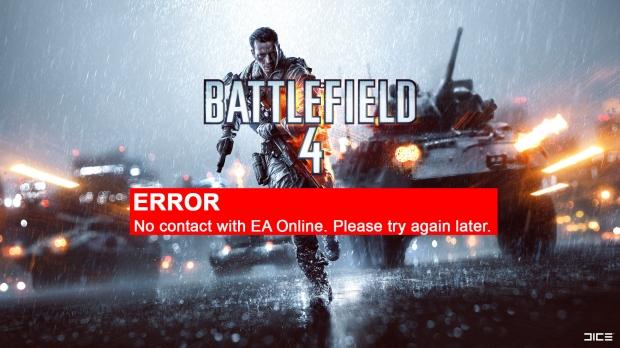 EA suggest that users check their NAT type and Port Forwarding settings in their router, but several users are reporting that nothing seems to fix the issue. The issue does in fact appear to be with servers on EA's end as Battlefield 3 players are experiencing the same issue.

I just checked and I was able to log into one Atlanta based server, but was unable to log into an LA based server. Unfortunately EA has not released any info on outages this morning, and until they fix things on their end, the issues will most likely persist. I wonder if EA realizes that server downtime equals negative kills in Battlefield?