During this mornings 840 EVO mSATA announcement the company also mentioned that owners of existing 840 Pro SSD's are getting an exciting new feature that was previously only available on the 840 EVO line of SSDs. Samsung says that it has applied the Samsung Magician 4.3 and the RAPID mode on its previous 840 PRO SSD line-up. 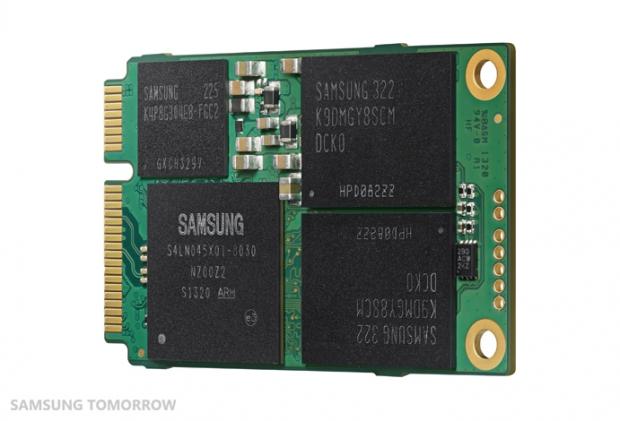 "RAPID (Real-time Accelerated Processing of I/O Data) mode is a performance level of approximately twice that of a typical SATA SSD and ten times of an average HDD. Samsung also applied Samsung Magician 4.3 and the RAPID mode on its previous 840 PRO SSD line-up," Samsung said in its official blog post about the new 840 EVO mSATA SSDs. 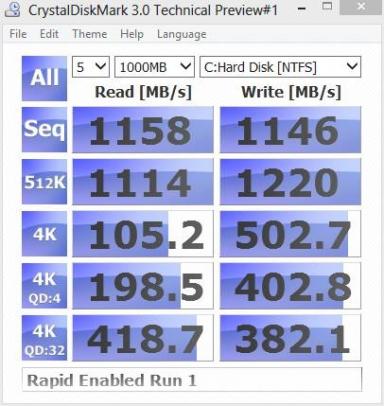 With RAPID technology now enabled on the Samsung 840 Pro SSD's customers can expect to see a significant performance boost, of close to twice that of a similar SSD with only standard SATA transfer protocols. I asked TweakTown's own Jon Coulter for a comment on this and he had the following to say. "After much anticipation Samsung has made owners of their top of the line SSD, the 840 Pro very happy today. With the Release of the newest Magician 4.3 software Samsung has enabled RAPID Mode for the 840 Pro which caches hot data and enables performance like shown in the image above from a single SSD. RAPID was previously only available with the EVO."