DisplayPort technology is continuously improving, with DisplayPort 1.3 now being teased with some huge improvements. DP 1.3 will feature a bitrate of 8.1 Gbps per channel, up from 5.4 Gbps found in DP 1.2. 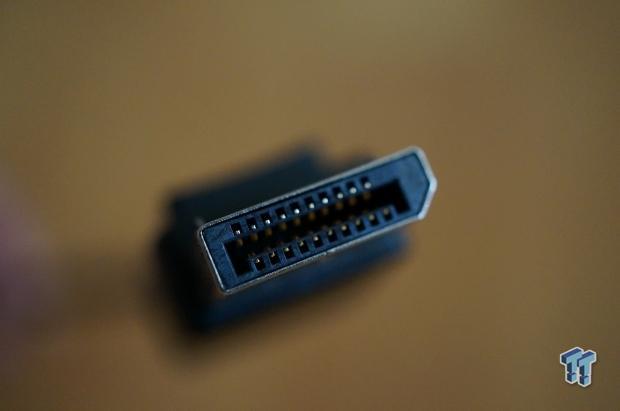 We should see a wonderful world where multiple 4K displays are supported from a single cable - something I'm longing for as I type this on a 4K display - and DP 1.3 will allow this. DP 1.3 will see support for 8K thanks to its insane bandwidth of a theoretical 32.4 Gbps. We should also see 4K 3D support ushered in with DisplayPort 1.3, which will be another awesome addition going into 2014.

What I would like to see, is some confirmation that we will indeed be seeing 4K in 3D, and whether this means I'll get what I've been waiting for, for quite sometime now: 4K at 120Hz. Unfortunately, we won't see the fruits of high-resolution labor until sometime in 2014 - where we'll see it announced, but it won't be pushed into devices until 2015.