NVIDIA has announced its holiday game bundle packages for its mid to high-end video cards. The announcement came during the company's Montreal game showcase and this years bundle is going to be a tough one to beat. Unlike its current bundle which features Batman: Arkham Origins as the standalone bundled game, the new bundles will feature more games and a big discount on NVIDIA's Shield. 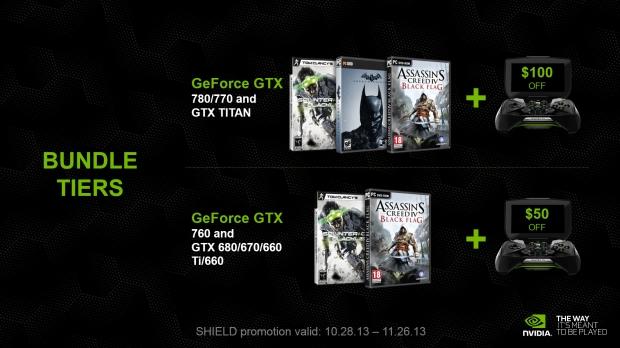