Our own Shawn Baker is in Hawaii right now probably enjoying a cocktail and Luau or two for the AMD event that it set to take place in the following hours, but ahead of the unveiling, AMD is promising to fix some of its issues. 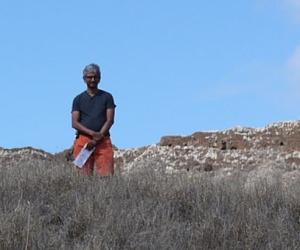 We should see the chipmaker improve CrossFire, Eyefinity and Linux support, on top of unveiling a bunch of next generation GPUs. We should expect the R9-290X "Hawaii" GPU unveiled tomorrow, which should retake the performance crown from NVIDIA. Ahead of this, AMD's Corporate VP of Visual Computing, Raja Koduri, walked up to the banks of Hawaii's Diamond Head mountain to provide a quick tease of what's coming in the software side of things.

AMD is going to be working on its support for CrossFire and Eyefinity (finally), with the aim set on improving the various frame pacing issues that should allow for a more consistent frame rate, and should put an arrow in the leg of stuttering. We should also see an improvement made to Linux support, where AMD seems to constantly lag behind NVIDIA in.

It seems like great timing, as SteamOS was announced just a day ago, which is a Linux-based gaming OS. Stay tuned to TweakTown for our coverage of AMD's next-gen Hawaii GPUs.