Slowly waiting in the darkness with a dagger is Google's Nexus 5 smartphone, which will be manufactured by LG. But now it seems that two LG Nexus 5 versions have received Wi-Fi certification. 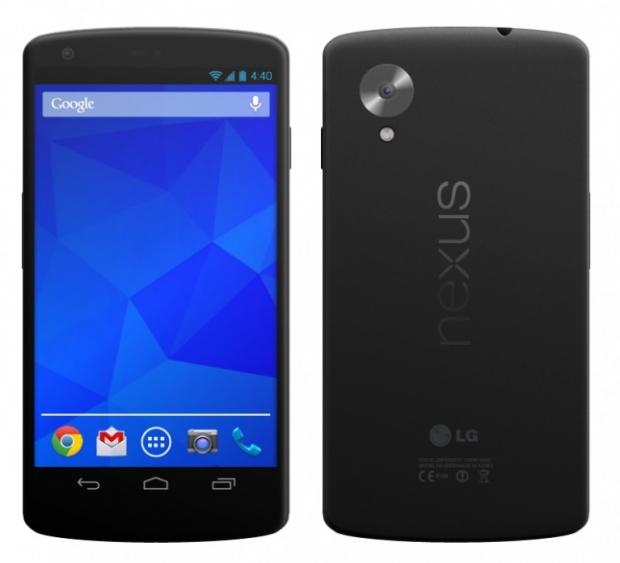 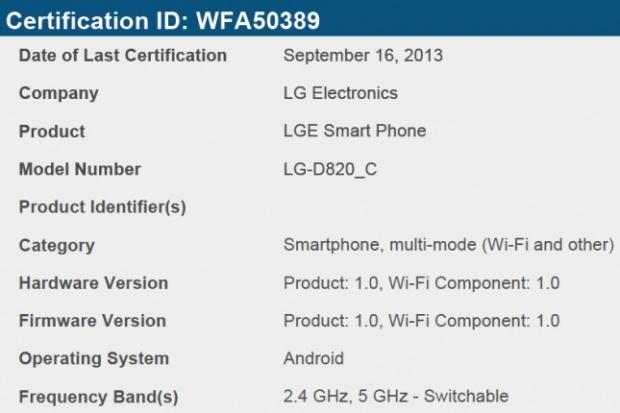 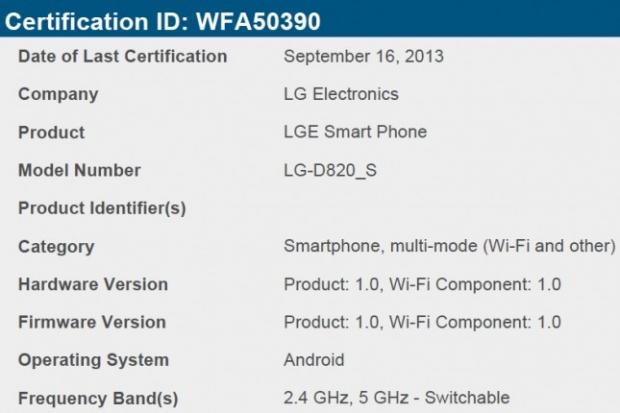 The two models in question are the LG-D820_C and LG-D820_S. I'm hoping the choice of model numbers is deliberate, as we have two models with "S" and "C", just like the iPhone 5S and iPhone 5C. Nice work there, LG/Google. We should see the new Nexus 5 smartphones featuring dual-band Wi-Fi and Wi-Fi a/b/g/n/ac as well as Wi-Fi Direct support. We are hoping to see the Nexus 5 unveiled on October 14 with Android 4.4 KitKat.